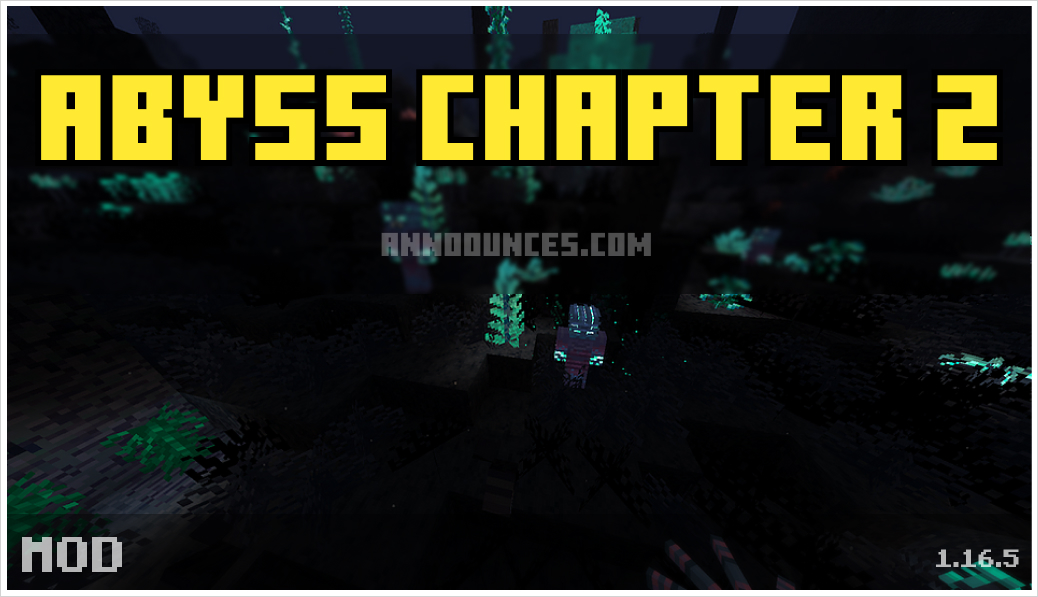 The Abyss: Chapter II mod – adds a very cool and extremely atmospheric and worked out dimension in Mintcraft – the dark abyss, it contains a lot of new materials, mobs and even bosses, you can go there and explore it, the dimension has many biomes and it is detailed.

The mod is a partial remake of the abyss project mod, it adds similar functionality, but significantly different from the first mod, and also, it is not compatible with this mod, ie, both of these mods should not be installed, they can conflict.

Dimension of the abyss is a very dark world with many different biomes, all of which contain bright luminous plants, including luminous monsters. Biomes have different fog and different skies, certain plants and mobs live in certain biomes.

Along with the new worlds in the game there will be new resources from which you can create new sets of armor, weapons and tools, many of them superior to the diamond and non-green options. 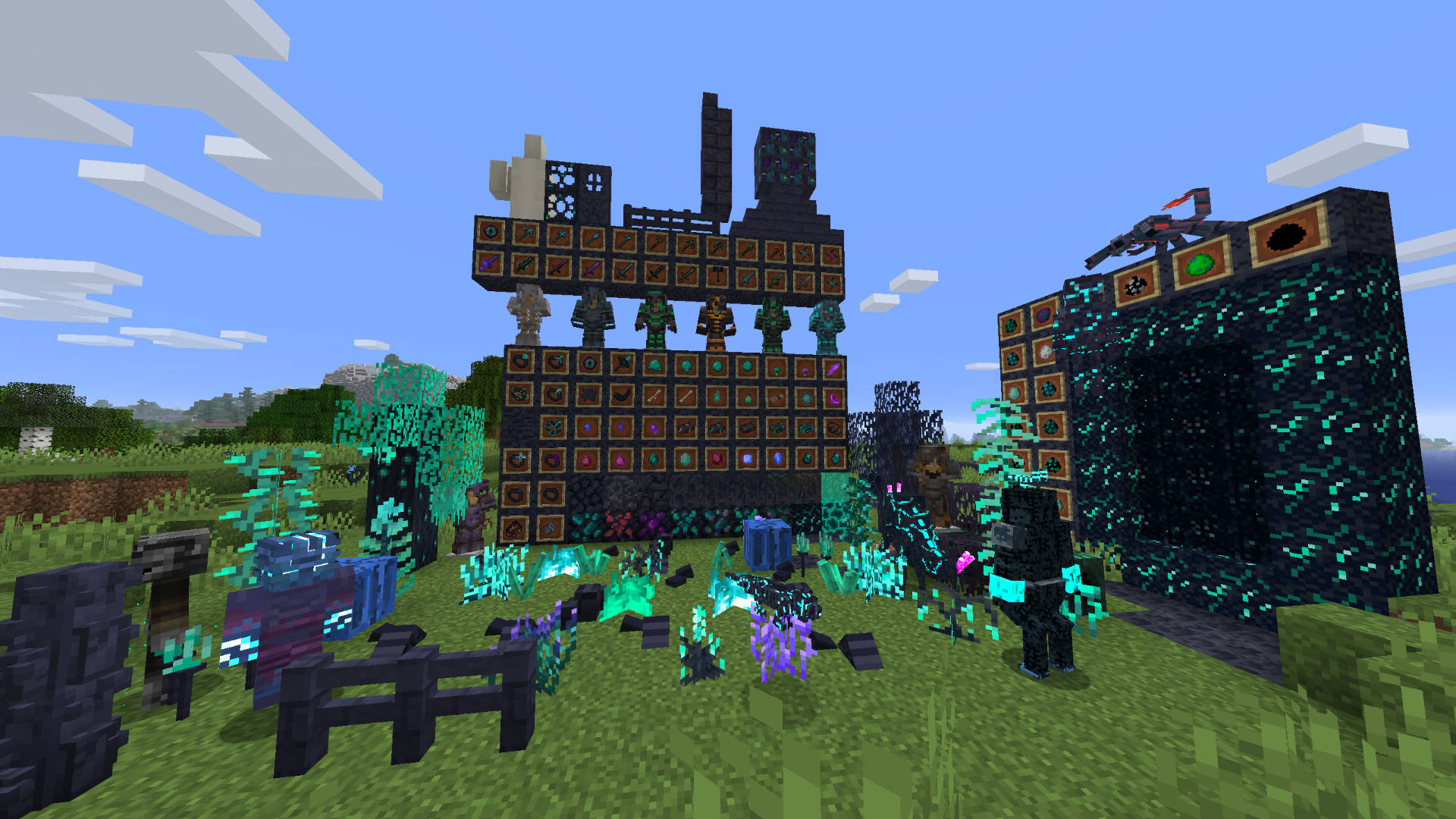 In the mod about 35 mobs, and also it adds a few magic staffs and new effects that can impose on you, for example passing through some plants will impose on you the effect of fear.