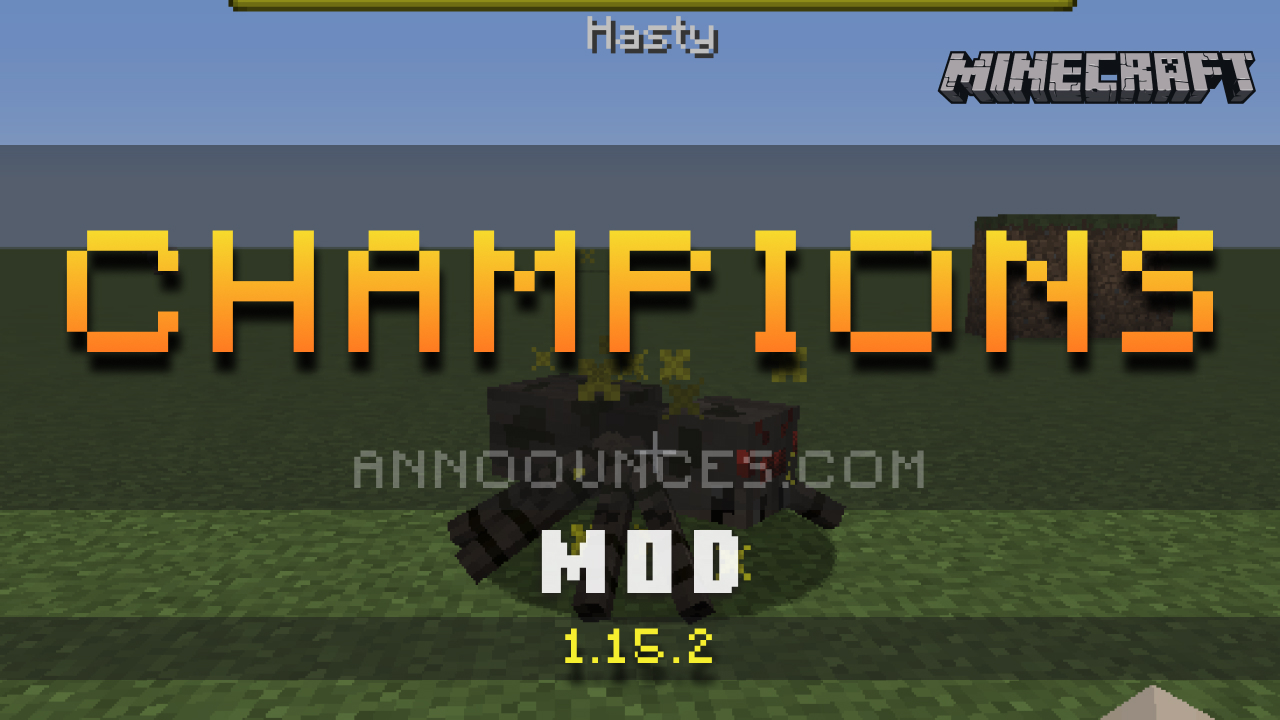 Champions 1.15.2 adds hostile creatures that are more dangerous than the default in Minecraft, with new skills, improved stats, and additional loot when defeated by players. Although the vast majority of hostile entities generated in the world will still be the default, from time to time creatures with special characteristics can be generated, which will be the champions added by this mod.

Although the champions added by this mod will have the same appearance as the default hostile creatures, we will be able to identify the champions because they will emit yellow particles and by looking at them directly the health bar will appear for that creature. Its generation rate is low and in addition its statistics are generated randomly at the time of its generation.

In the same way that when a champion is generated he is assigned a rank and statistics, he is assigned a kennel. We can see the affix of a particular champion by looking under the creature’s health bar. For example, in the image below we can see a champion spider with the Hasty affix.

How to install Champions Mod for Minecraft 1.15.2

Eyes in the Darkness [MOD]