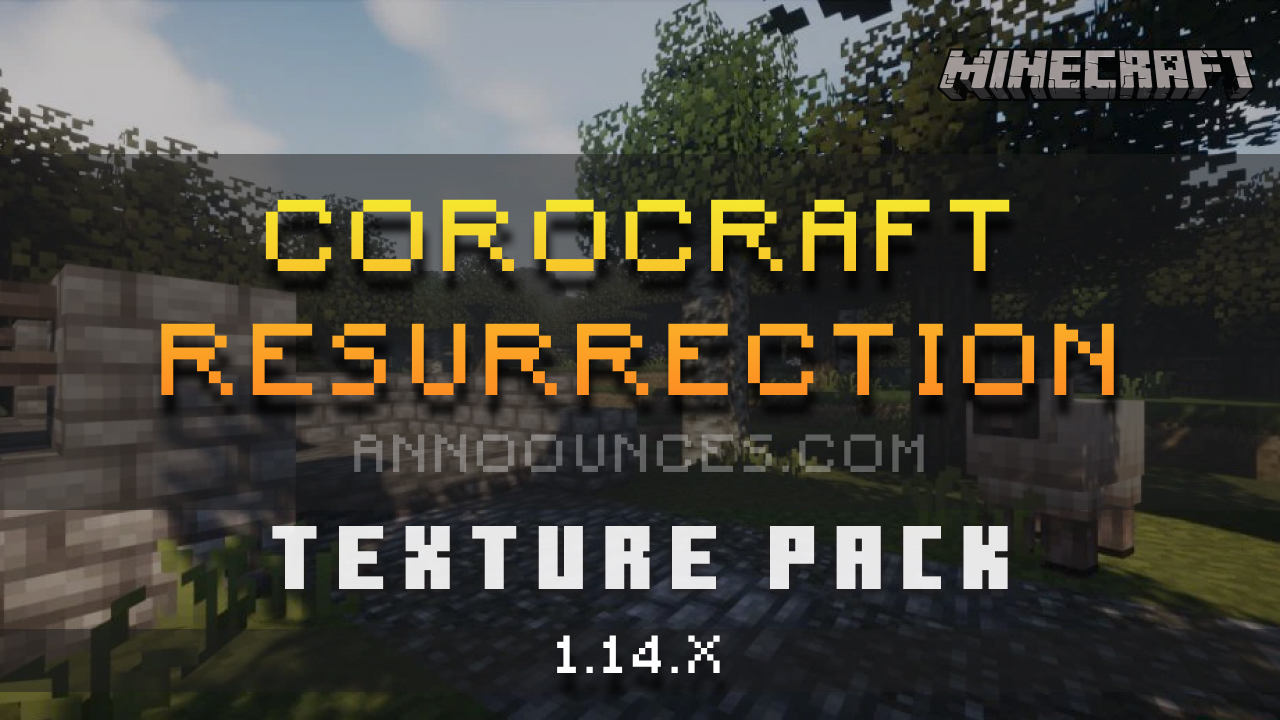 Older Minecraft players may have been challenged by the name of this pack. Corocraft is indeed a Resource Pack created in 2011 by Dcorona, a pioneer in the medieval RPG style. However, it had been abandoned by its author for seven long years. But Dcorona is determined to take it back and update it. That’s where Corocraft Resurrection was born.

As we have seen, Corocraft is a pioneer of the medieval RPG style. His Resurrection version doesn’t stray far from that. The pack, therefore, focuses on building blocks made of stone and wood, which become the materials of choice for the construction of castles and medieval buildings.

In addition to these blocks, Corocraft Resurrection breathes this style through utility blocks. Craft tables, ovens, anvils, and other chests are also modified to give the impression of being in a medieval world. In the same vein, items such as armour, tools, and food take on a rather old look, which fits perfectly into the established framework. The villagers themselves take on the appearance of elves, adding to the RPG side of the pack.

With 16x resolution, Corocraft Resurrection remains close to the pixelated textures of Minecraft, while changing its style in depth. This pixelization, in addition to affirming the identity of the pack, gives it a rustic dimension that reinforces its medieval look.

In terms of color range, Corocraft Resurrection chooses a rather dull and dark palette. Here too, the idea is to accentuate the rusticity of the pack in the service of the medieval style.