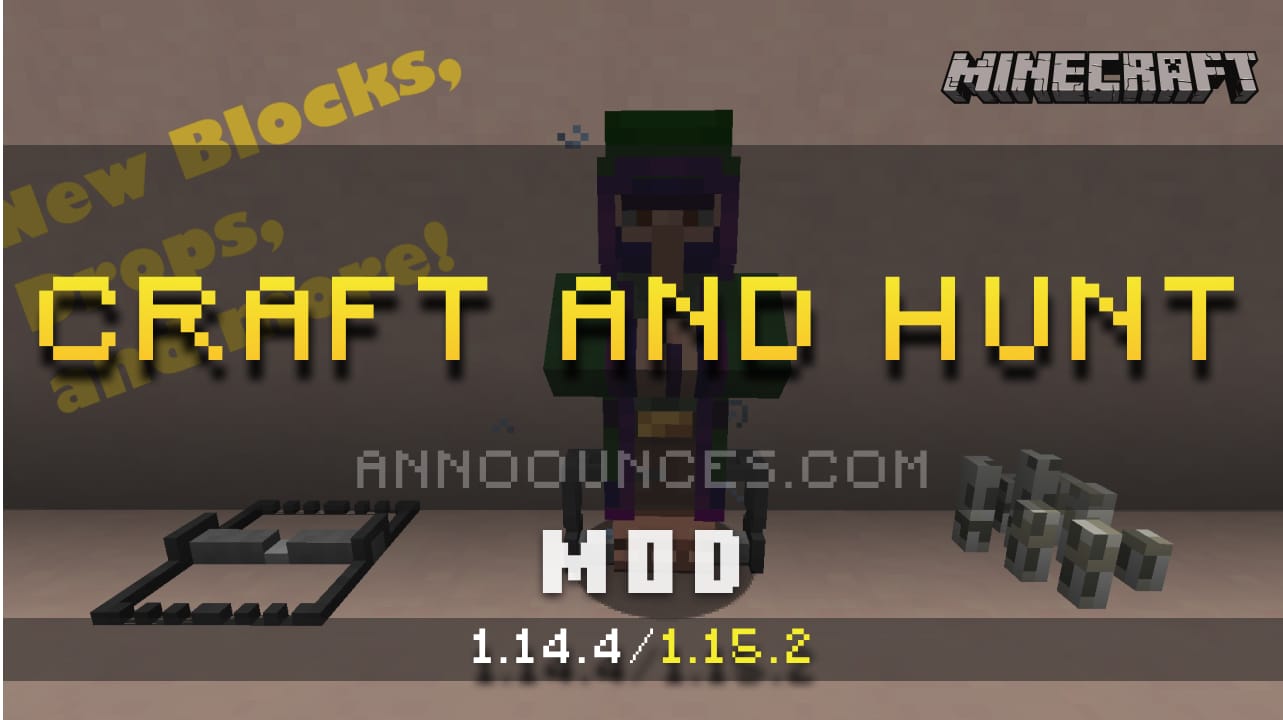 Craft and Hunt is a mod on Minecraft 1.15.2/1.14.4, which adds new armor types as well as new weapons. You will be able to get items that allow you to hunt more efficiently. There is also one single type of armor, which is even better than diamond armor.

Each type of armor adds a certain amount of amplification, for example, acceleration during swimming, as well as more breathing underwater. Another type of armour adds jump acceleration, as well as a few more reinforcements. A total of 8+ armour sets have been added, as well as over 40 weapons.

How to install mod