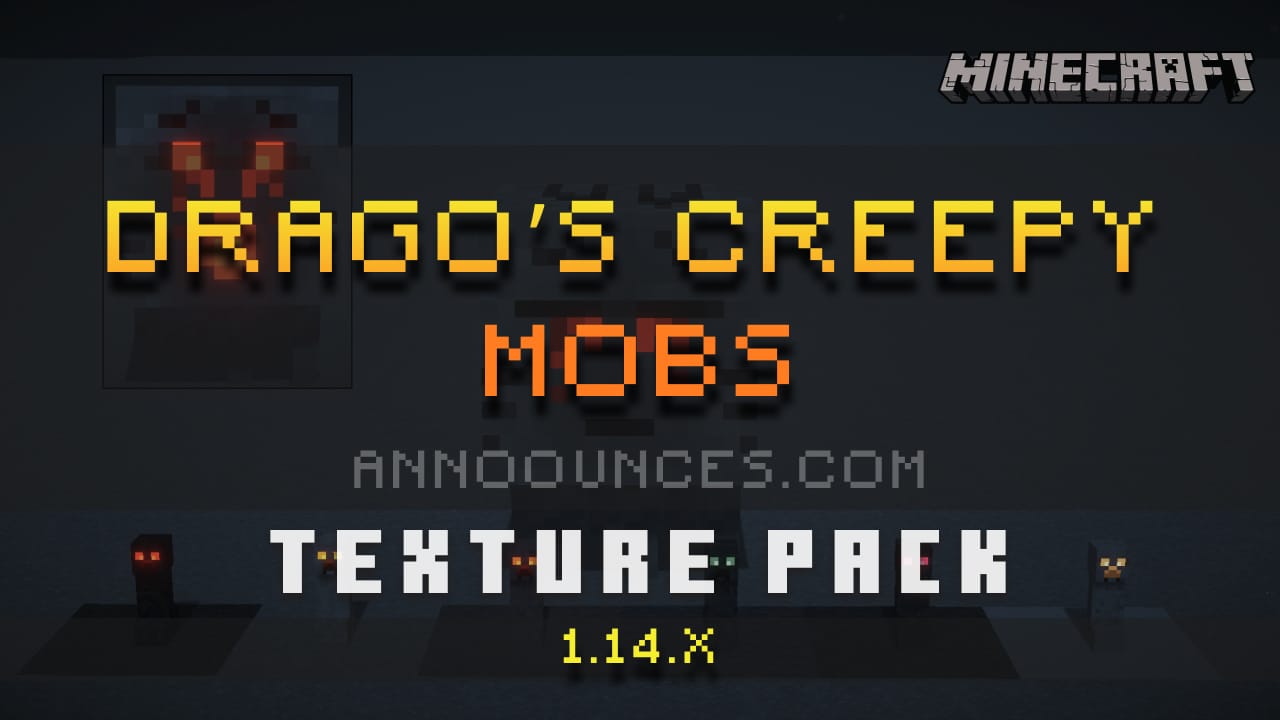 Given the resolution of Minecraft’s graphics, you sometimes have to project yourself to bring certain elements of the gameplay to life. That’s quite logically the case for mobs since they’re supposed to be alive (or undead, but you get the idea). And it must be said that hostile mobs aren’t necessarily the scariest there is. Between the creeper and its misshapen appearance, the zombie that has no consistency and a quasi-lethargic ghast, our nemesis struggles to make us tremble. Drago’s Creepy Mobs, therefore, aims to make them a little more gloomy, to make them more frightening creatures.

This Texture Pack is to be considered as an add-on, i.e. it is strictly limited to modifying the mobs’ textures, nothing more. As such, it can be used in addition to another pack without any risk of conflict.

Created by Dragon_Mode360, Drago’s Creepy Mobs retains the 16x resolution of the base game to make changes that remain in the spirit of Minecraft. So there’s no question of giving these mobs a medieval, realistic, or even gore style.

First, the pack uses the alternative textures of Optifine to allow the mobs to have several possible appearances. In addition to bringing a bit of diversity, this variety makes the mobs harder to track, you who were used to a specific look.

Secondly, the gowns worn by hostile mobs can play on the variations as well as give them a more animal-like appearance, as is the case with wolves. For zombies and skeletons, the variable will rather be their clothing, as well as their state of decomposition.

Finally, a detail comes to make the mobs truly creepy: at night, their eyes light up. So many small points of light are dangerous to be dealt with as soon as they get a little too close to you.