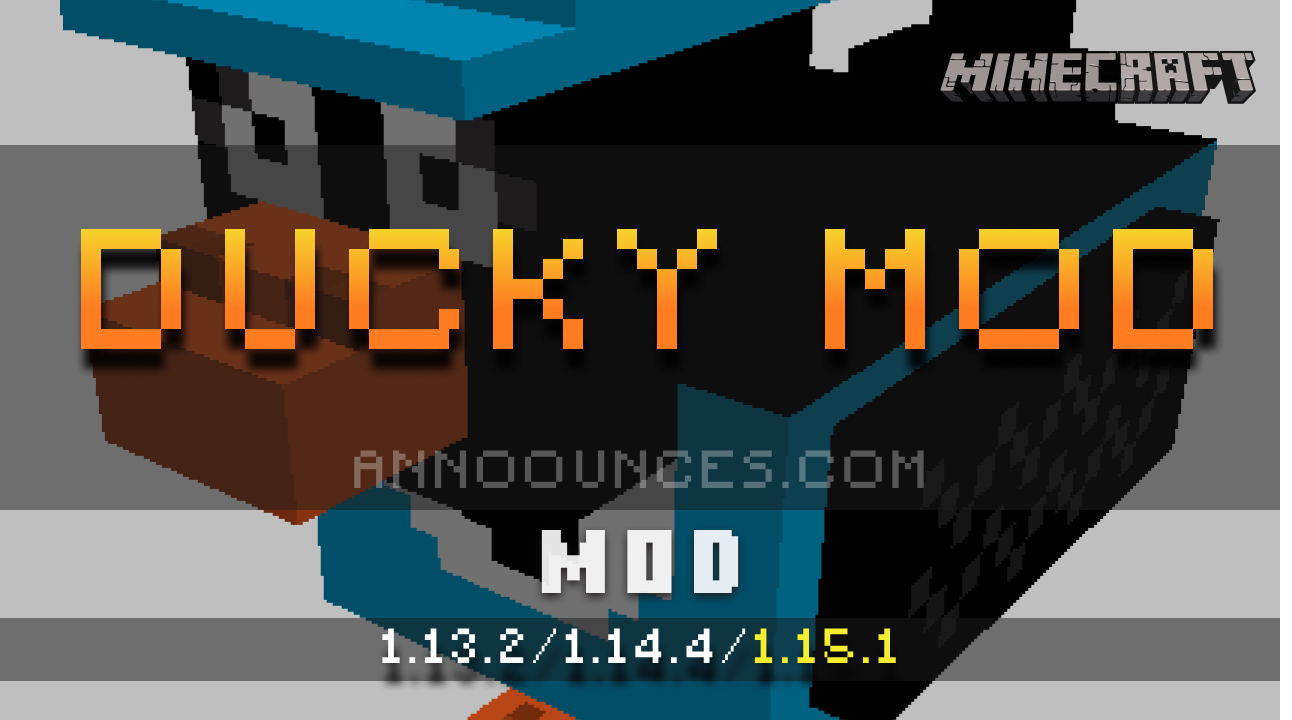 Ducky 1.15.1/1.14.4/1.12.2 adds a new animal to the game, a black duck. This ducky can be tamed by players, thus becoming our adventure partner. This duck is not naturally generated in the world, so we will have to create a Ducky egg, in the image below we can see the recipe, or crafteo, to get a Ducky egg.

A Ducky can have three states, which are, Ducky, Tamed Ducky or Giant Tamed Ducky. Ducky is the original state of our duck after using the egg. In this state, it will attack neutral and hostile entities. If we want to turn him into a Tamed Ducky, we’ll have to give him bread. The Tamed Ducky will already be a tame duck, he will have more attack power, more health, he will follow our character and will attack neutral and hostile entities. The Giant Tamed Ducky will have a greater amount of health, and is the last state a Ducky can have.

How to install Ducky Mod