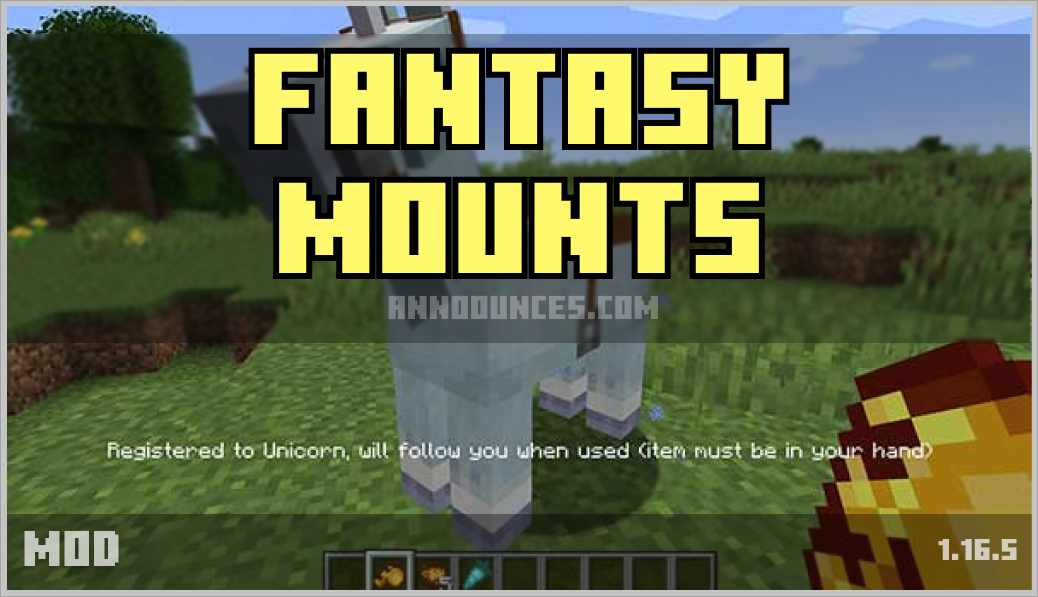 Fantasy Mounts 1.16.5 is a mod that focuses on the natural generation of unicorns. The unicorns added by this mod can be captured and tamed by players. Once tamed, we will be able to ride on them to move around the world.

The unicorns can not only be ridden by one player, but two players can ride on the unicorn at the same time. Another interesting feature of the unicorns is that the water will not be a barrier to move, because when walking the unicorn will turn the water into ice, on which you can walk.

We will be able to breed unicorns by means of diamond carrots. We can call our mount to come to us using the “Golden Whistle”. Finally, if we find it difficult to find unicorns naturally, we can make use of the golden carrot stew.

With this mod installed we will not only be able to ride on the unicorns but also to tame and ride on the polar bears. The bears can also be ridden by two players at the same time and can cross aquatic areas without problems, since polar bears have the ability to swim.