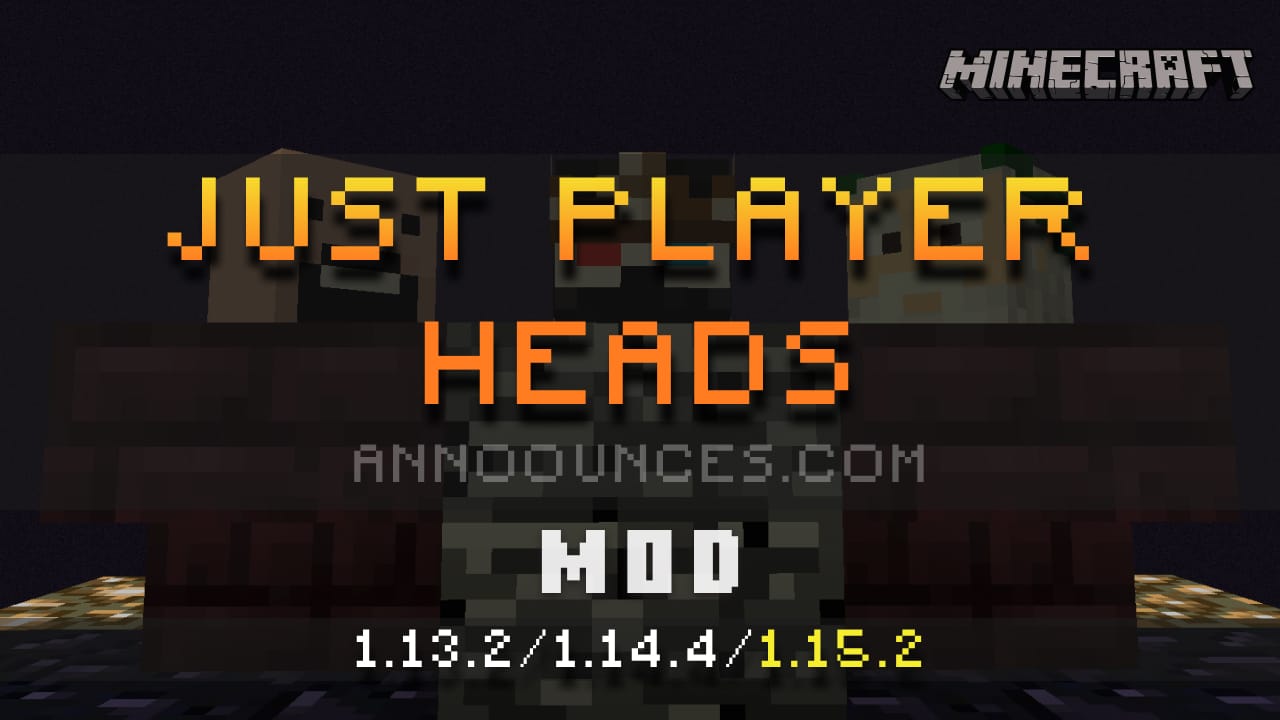 Just Player Heads 1.15.2/1.15.1/1.14.4 is a mod that will allow us to get, in an easier way, the head of any Minecraft player. As you know, by default we can get the head of some creatures if they die due to the explosion of a loaded creeper. Well, with this mod we can get the heads just by removing the players, without having to use a creeper.

For those who don’t want to have to kill other players to get their heads, the mod offers the possibility to use commands to get them. To get a player’s head using commands, simply put /jph (amount) on the Minecraft command line. If you want animal and enemy heads, take a look at the Just Mob Heads mod, from the same creator as this mod.