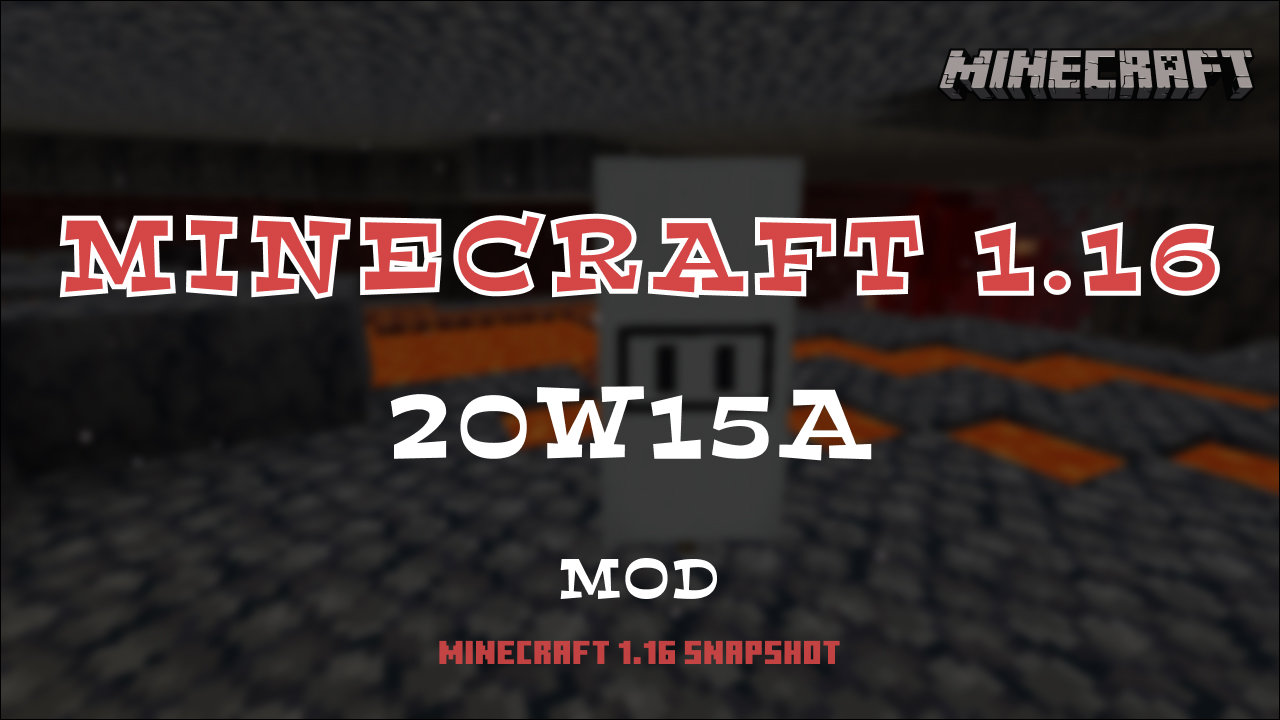 When you say new week, you say new snapshot! Snapshot 20w15a from the Nether Update is now available in your launchers. It adds a lot of new blocks, a new biome and various changes, especially concerning the distributors.