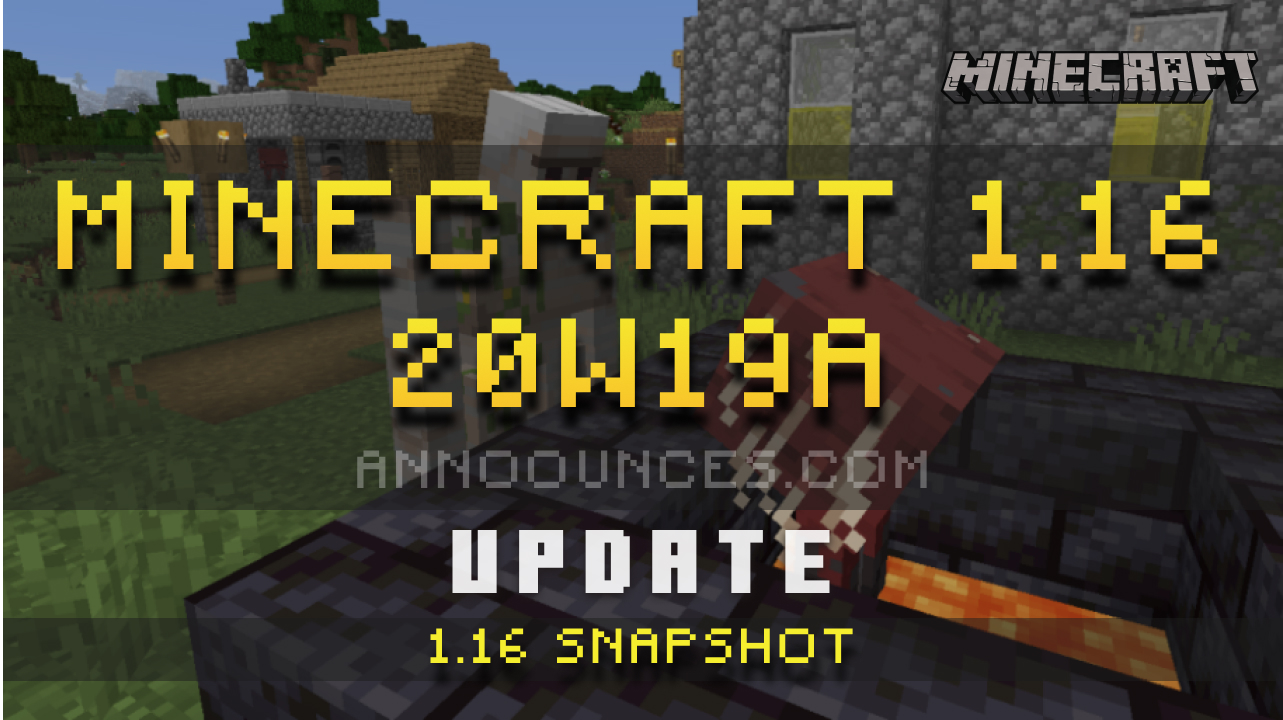 The snapshot 20w19a of Minecraft version 1.16 is now available in your launcher. It focuses on bug fixes and various settings and improvements.

How to install the Minecraft snapshot :