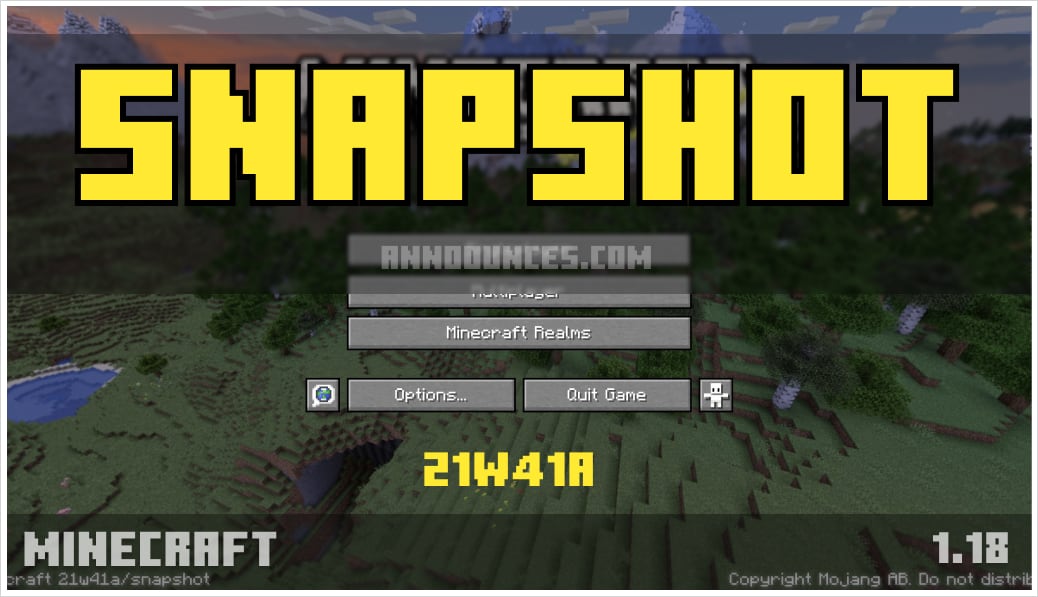 This week, the snapshot 21w41a of the version 1.18 of Minecraft is now available in your launcher. This one increases the random number used for the world generation, which creates more different seeds. So the worlds are different in this snapshot.