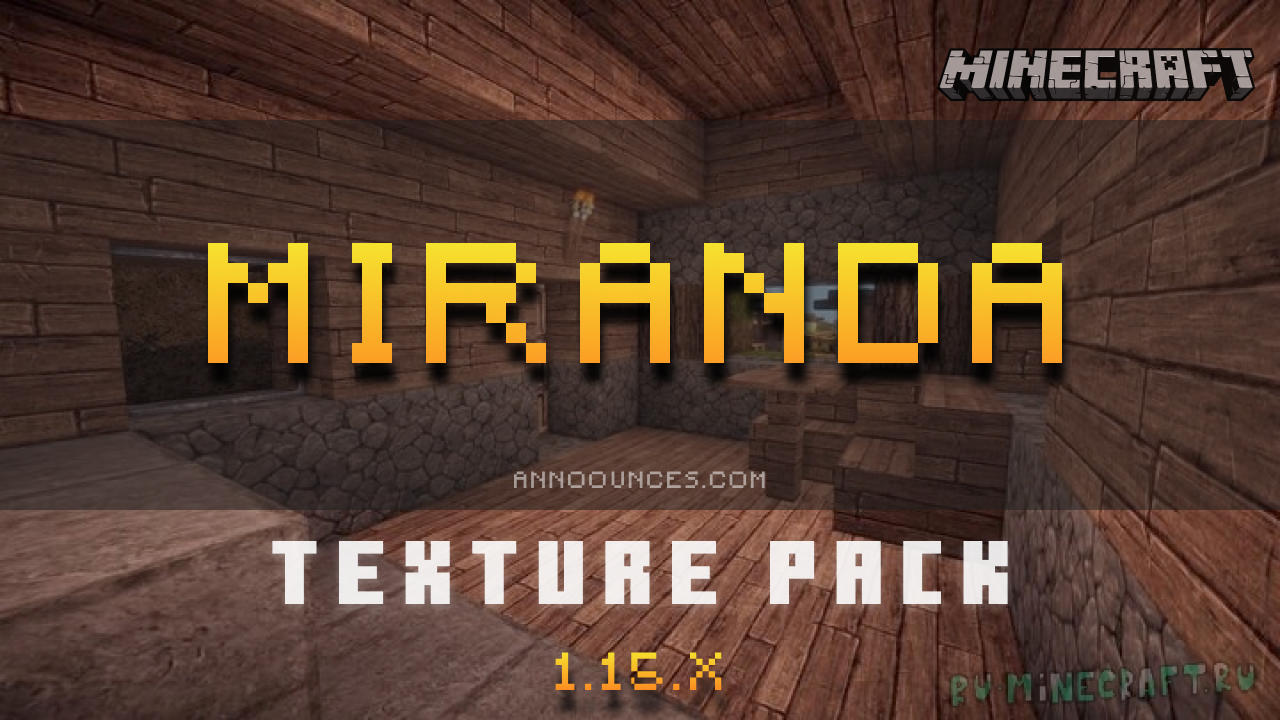 Miranda uses her realism to achieve a very specific goal: rusticity. The pack willingly introduces imperfections combined with dark colors to date the textures and thus give the world of Minecraft a temporality far from ours.

With a 256x resolution, Miranda is a realistic Resource Pack, that’s for sure. The possibilities offered by this setting are fully exploited to bring a multitude of details to the game’s textures. This exacerbated realism gives a rather organic dimension to the pack, giving the natural blocks an almost living dimension.

This feature is pushed to such an extent that it is visible even in some wood and stone building blocks. In fact, Miranda’s attention to detail and imperfections gives Minecraft a rustic look. The rustic look is further enhanced by the Resource Pack’s colors, which tend to be predominantly dark. These elements combine to give the game a rather old-fashioned character. It’s deliberate: the author says he wants to give Minecraft a style that would bring it closer to the Stone Age.

However, this realism and rusticity is mixed with an element that is a little less immediately noticeable. When you take a close look at the package, and look at the way it handles shadows, but also at the way it draws shapes, you can guess another style. Which, at the end of the day, reminds us of the Borderlands games. A kind of ultra-realistic and rustic cartoon atmosphere that only enhances the arguments put forward by the pack.