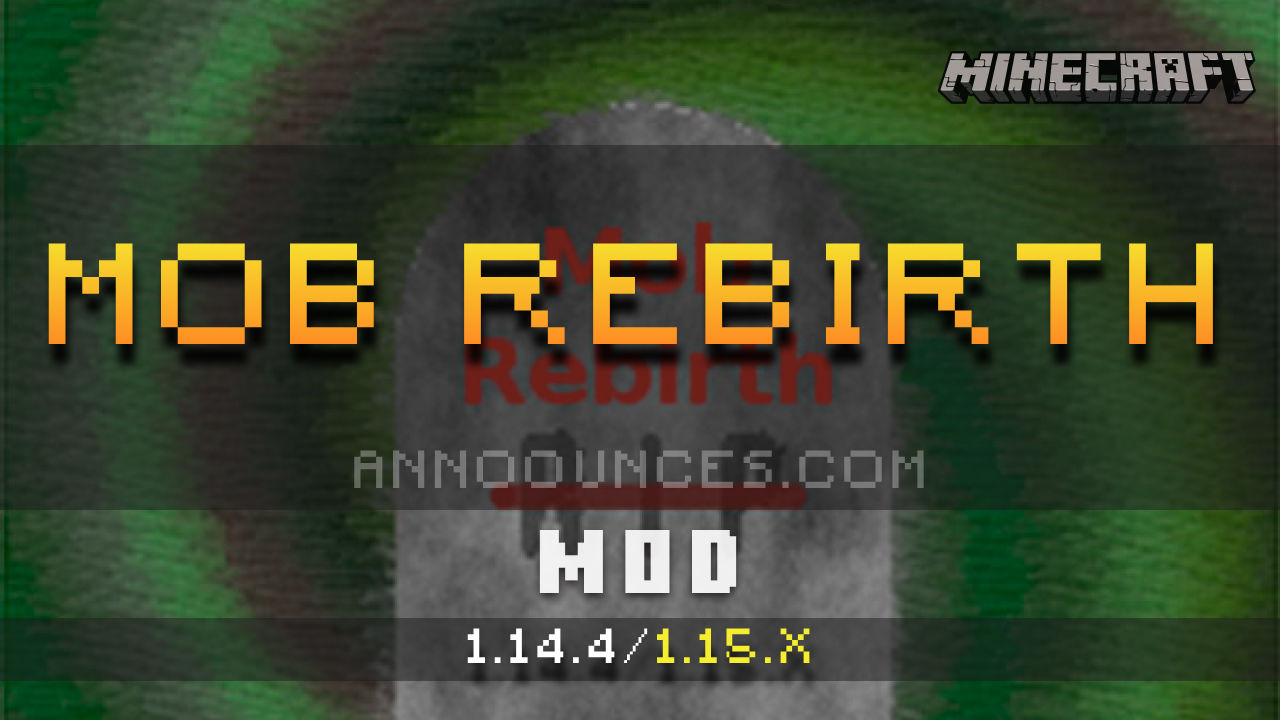 Hostile entities that generate clones of themselves, and have the ability to revive.

Mob Rebirth 1.15.2/1.14.4 increases the difficulty of Minecraft’s survival mode, giving hostile entities a dangerous new ability. This ability is the possibility that when a hostile entity dies, it will generate several copies or clones of itself, so after killing an enemy, there is a certain probability that many more enemies will be generated in a matter of seconds.

This ability to clone can be modified by each player from the “Mods” menu in the main menu of Minecraft, where we can define the number of clones or copies that will be generated when the conditions are right. In addition to this, in this same configuration menu, we can customize several other features.

If you have a bug or crash to report, please use the issue tracker.

How to install Mob Rebirth Mod