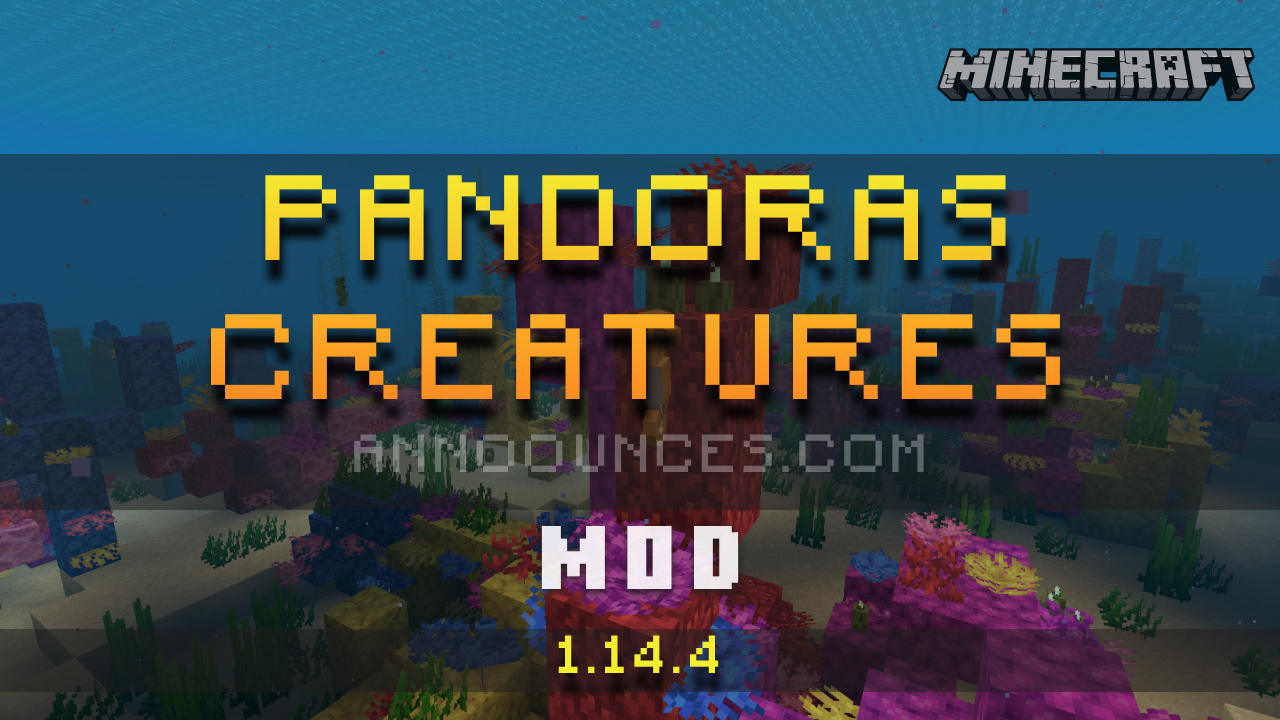 A world with dangerous new creatures, and the odd friendly creature.

Pandoras Creatures 1.14.4 is a mod that focuses on adding a lot of new creatures to the game. These new creatures will make the world a more dangerous place, as some of them are really dangerous. Although it is not all fighting and danger. The mod also adds peaceful creatures that we can tame. Some of these creatures also have variations of themselves, to increase the variety.

Some of these new creatures are only generated in specific dimensions. For example, in the Overworld dimension we will find Arachnon, crab, seahorse and Archid Acidic. While in the Nether dimension we will find Hellhound and Archid Acidic. In addition to creatures, the mod will also allow us to make new objects, such as the Arachnon Hammer, which will allow us to mine 3×3 blocks at a time.

How to install Pandoras Creatures Mod