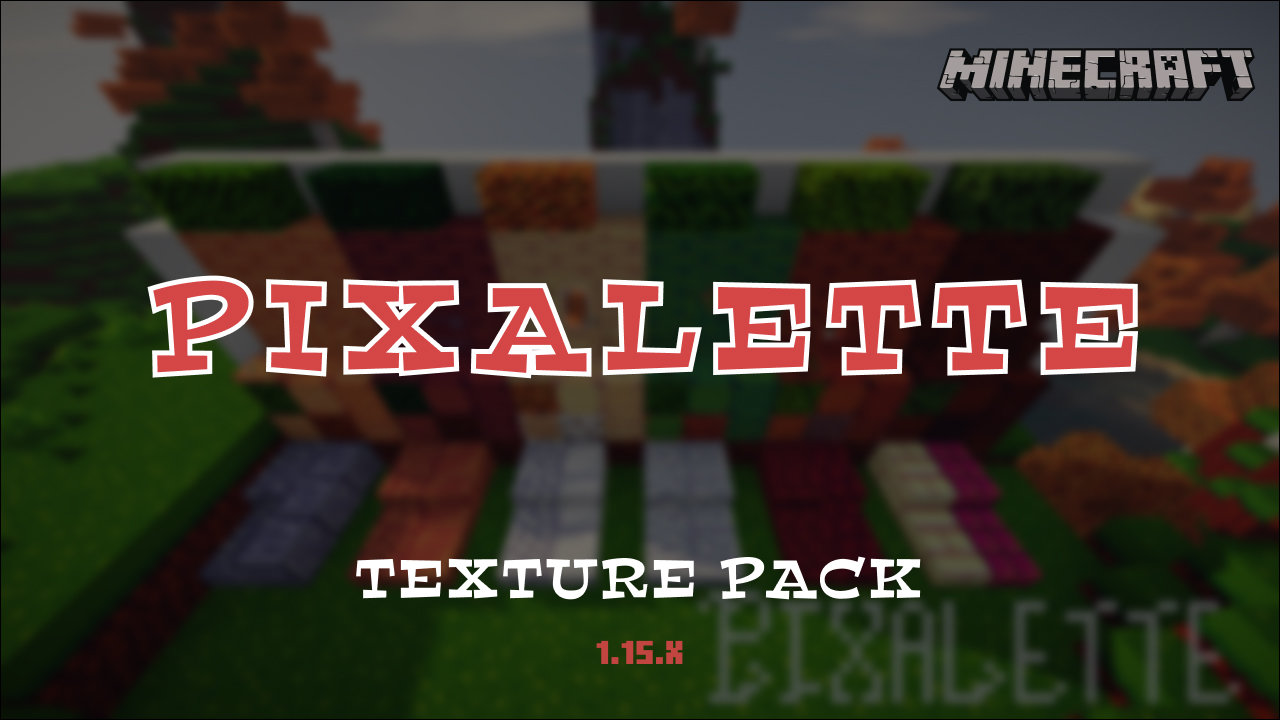 With its bright colors and simplistic textures, Pixalette profoundly alters the style of Minecraft, giving it an atmosphere halfway between medieval and retro, making it feel like an old RPG at times.

Despite a 16x resolution, Pixalette doesn’t hesitate to deviate from Minecraft standards. Admittedly, we recognize overall the main blocks and some characteristics of the textures of the basic game. However, the pack takes some liberties with this initial framework, not hesitating to present rougher, more irregular textures. The ores, for example, are more fragmented, while the different plant blocks are less united.

Another divergence from the basic game is the colors. The range used is very bright, and this clearly highlights the contrasts within the blocks. It exacerbates the shadows as well as the pixelization of the textures, wanted by Pixalette, as its name indicates it rather well. With such colors, the game appears more dynamic and brings out the construction elements.

These elements combined result in a pack that mixes medieval influence and retro style. From then on, Pixalette gives the feeling of a retro RPG pack, just like the first Zelda games. Special care is given to the weapons and tools, while the building blocks are designed in a raw style, which corresponds to this historical period.

Join the Discord to see progress on up-coming updates to the texture pack!
https://discord.gg/vC9AEa3