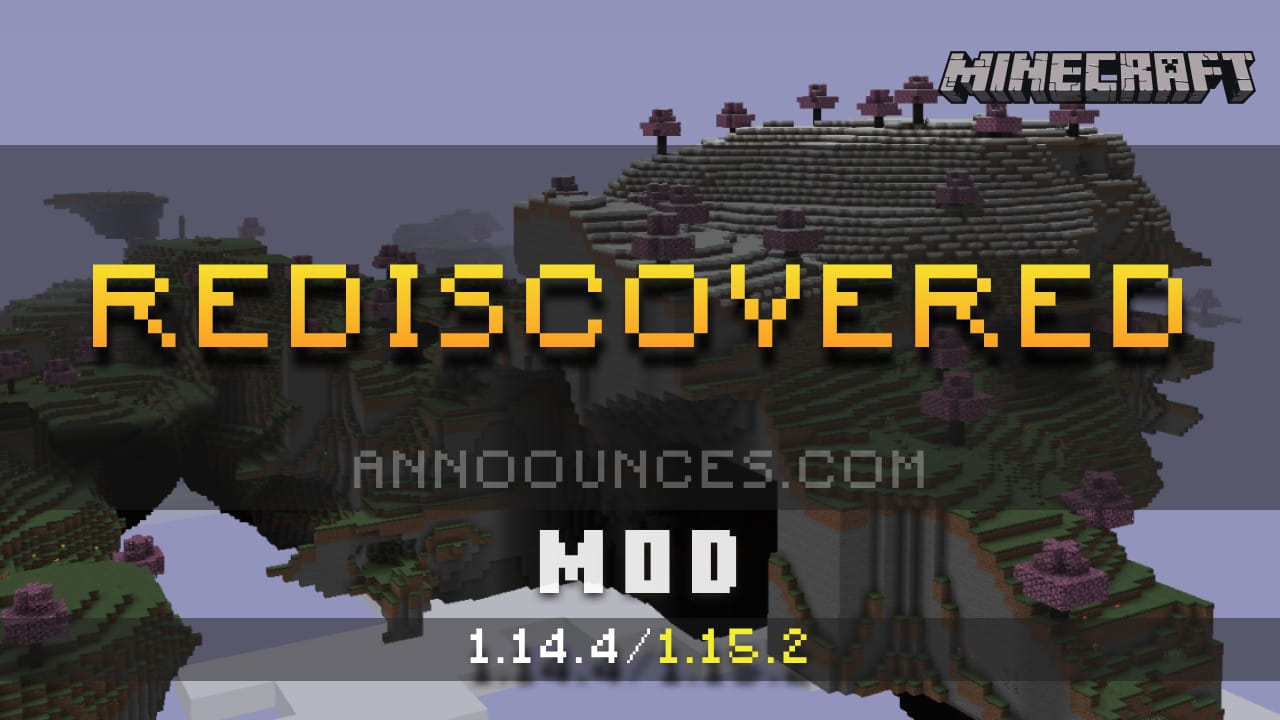 Rediscovered 1.15.2/1.14.4 is a mod that focuses on adding some of the things that were planned to be added to Minecraft but were never introduced into the game definitively. This includes blocks, objects, characters, creatures, mineral resources, extra features, and even a new dimension, which was never fully-added to the game.

With this mod installed we can explore the Skylands dimension, a dimension formed by floating islands and representing a dimension opposite to Nether. We can access this dimension by making a dream pillow, placing Glowstone Dust in the center, surrounded by blocks of blue wool. If we place this pillow in the character’s hand and right-click on a bed, when it is night, we will access Skylands.

Beyond the new dimension, we will be able to find rubies in the underground that will serve us to trade with the new Pigman that this mod adds. We will also be able to make new variants of armor, to make a quiver, that can be combined with the chest of armor, to find horses skeleton, horses zombie, and to fly on a red dragon.

How to install Rediscovered Mod