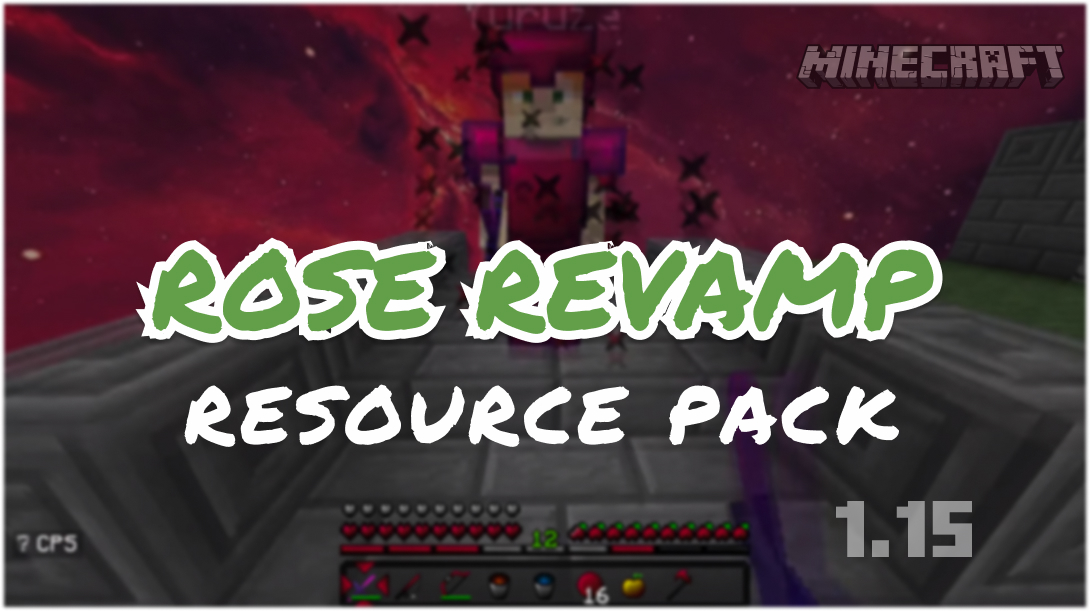 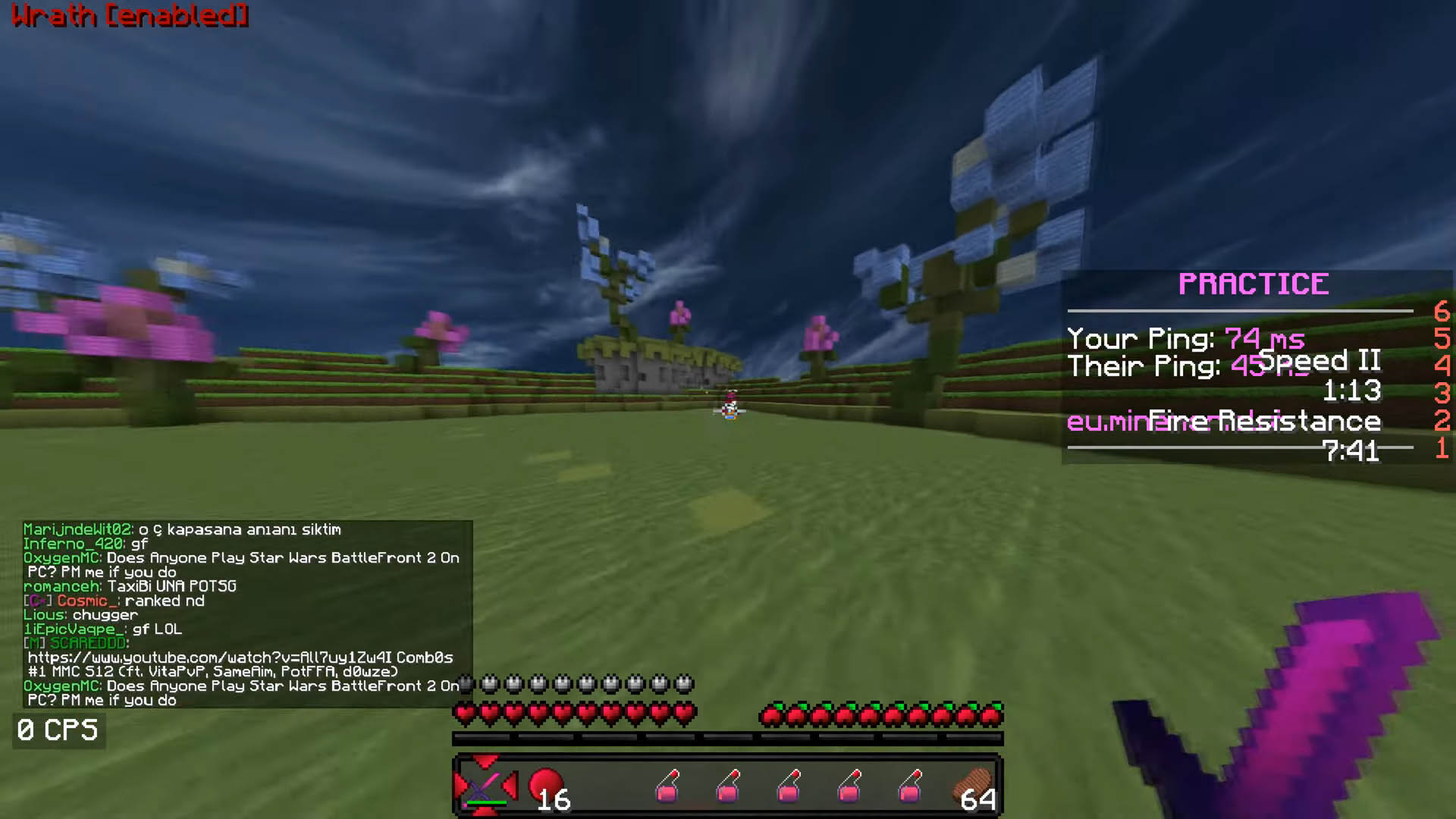 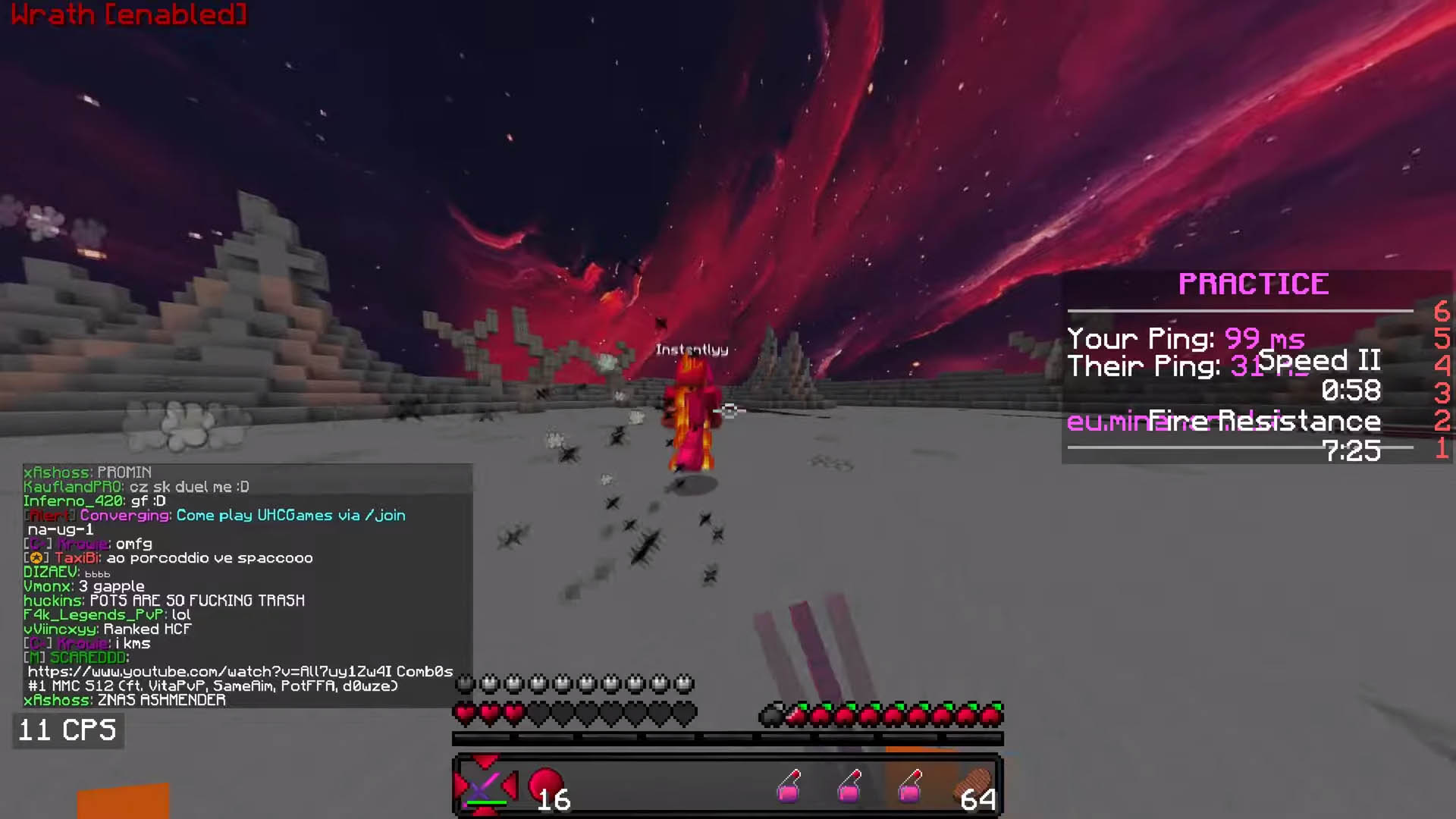 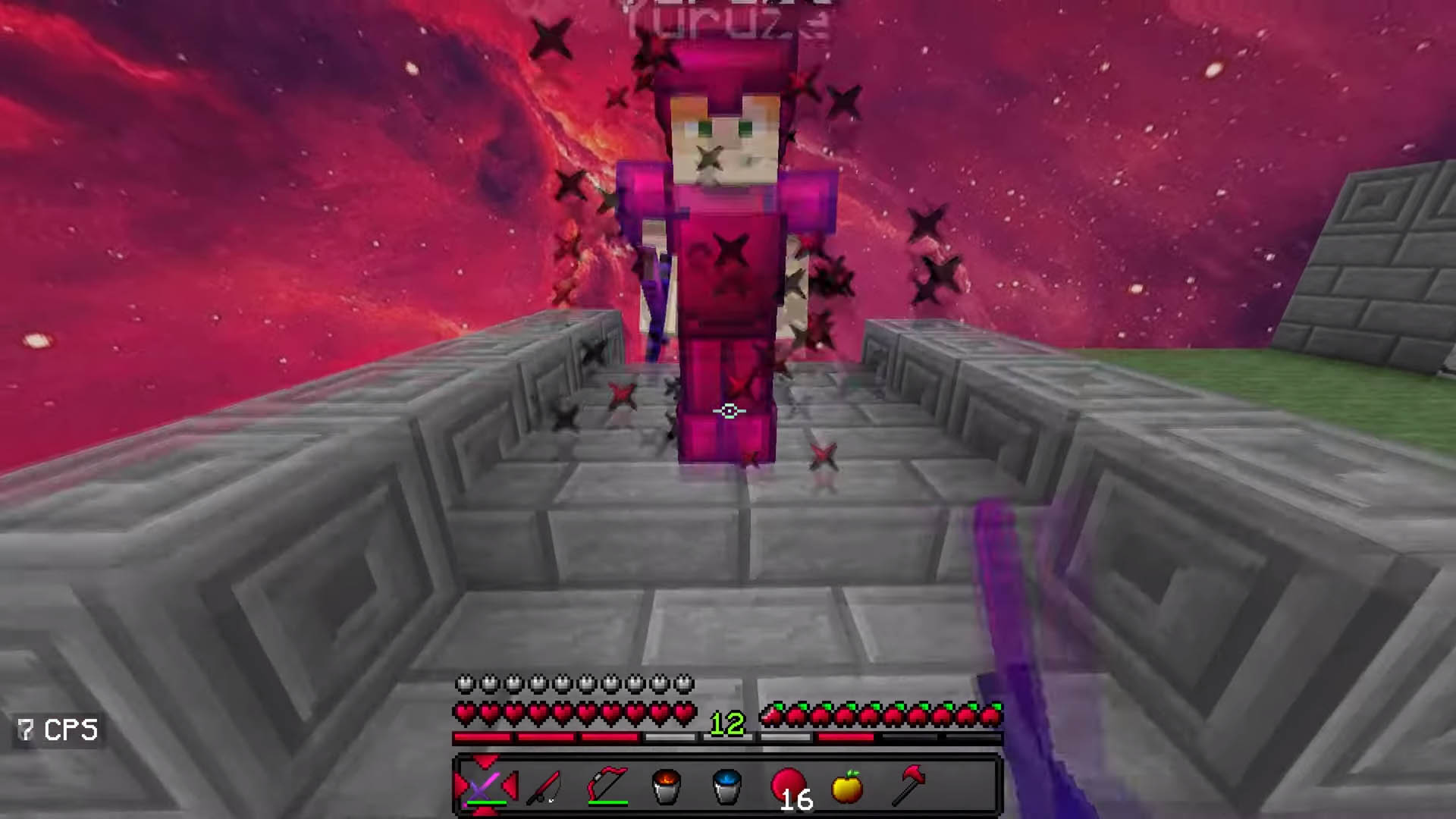 While Resource Packs are supposed to have an aesthetic function, they can also have more concrete and utilitarian ambitions. Rose Revamp plays on both. To textures tailor-made for a fluid PVP game, it combines 32x resolution that brings a certain realism.

Let’s note from the outset that if the pack is called Rose Revamp, it’s not for nothing. Pink is the predominant color in the pack. It can be found in the sky, whose hues almost evoke cotton candy, the interface buttons, but also most of the weapons and tools. It creates a unique atmosphere that, while not light, changes the way you look at Minecraft.

Weapons and tools, since we were talking about them, are the focus of special attention. And since Rose Revamp is primarily for PVP players, it’s pretty normal. All of them benefit from textures that are less crenelated, more realistic, but also and above all thinner and less bulky. At the same time, the GUIs are more refined. Finally, despite its 32x resolution, Rose Revamp takes the decision to optimize your game’s performance as much as possible, so that you can have as many FPSs in game as possible.

Beyond this PVP dimension, Rose Revamp also relies on realistic textures. Without straying too far from Minecraft’s basic style, its 32x resolution allows it to detail the surface of blocks, greatly reducing their pixelization.