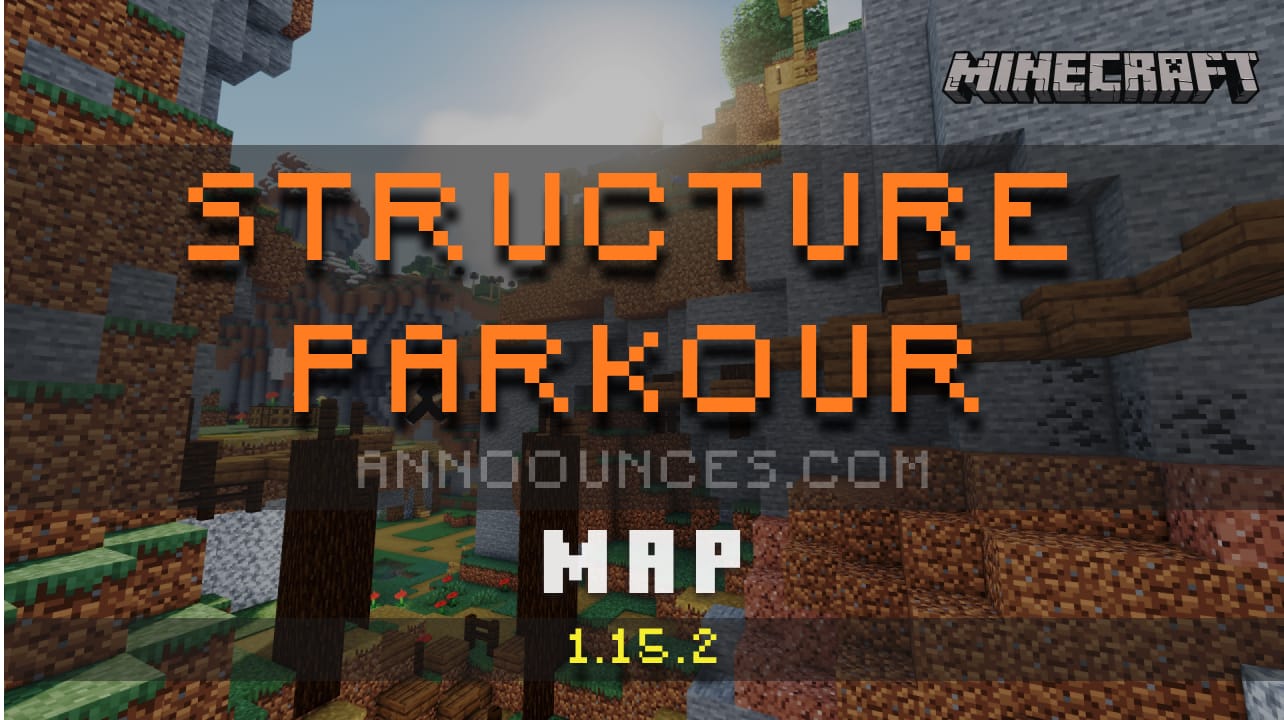 Among all the parkour maps we have presented to you, there is one thing missing from some of them that could make them instantly more interesting: diversity. This is something that is difficult to achieve in most cases, since manufacturers are often specialized in a very specific field. But don’t worry, there will always be people out there who can do what Minecraft lacks.

So Structure Parkour is a collection of all the known types of courses, from slime jumping to elytra to even having Honey Parkour, which is the latest thing that’s allowed thanks to the honey block that was added to the game very recently. So you can see why the map is available in 1.15.2.

Of progressive difficulty, the courses can be played alone or in groups, with, of course, frequent checkpoints, especially in the most complex games. So the map is not primarily intended to make you rage, but to make sure that you enjoy yourself as much as possible. Be careful though, a counter will indicate the number of times you have failed, allowing a scoring and competition system.

Due to the great diversity that the map offers, Structure Parkour is necessarily the ultimate map of its kind. Whether you are a beginner or not, you will find your account and what’s more, in very neat settings. It is nevertheless advised to you to have a computer powerful enough to make the elytra races a little simpler by increasing the scale of visibility.