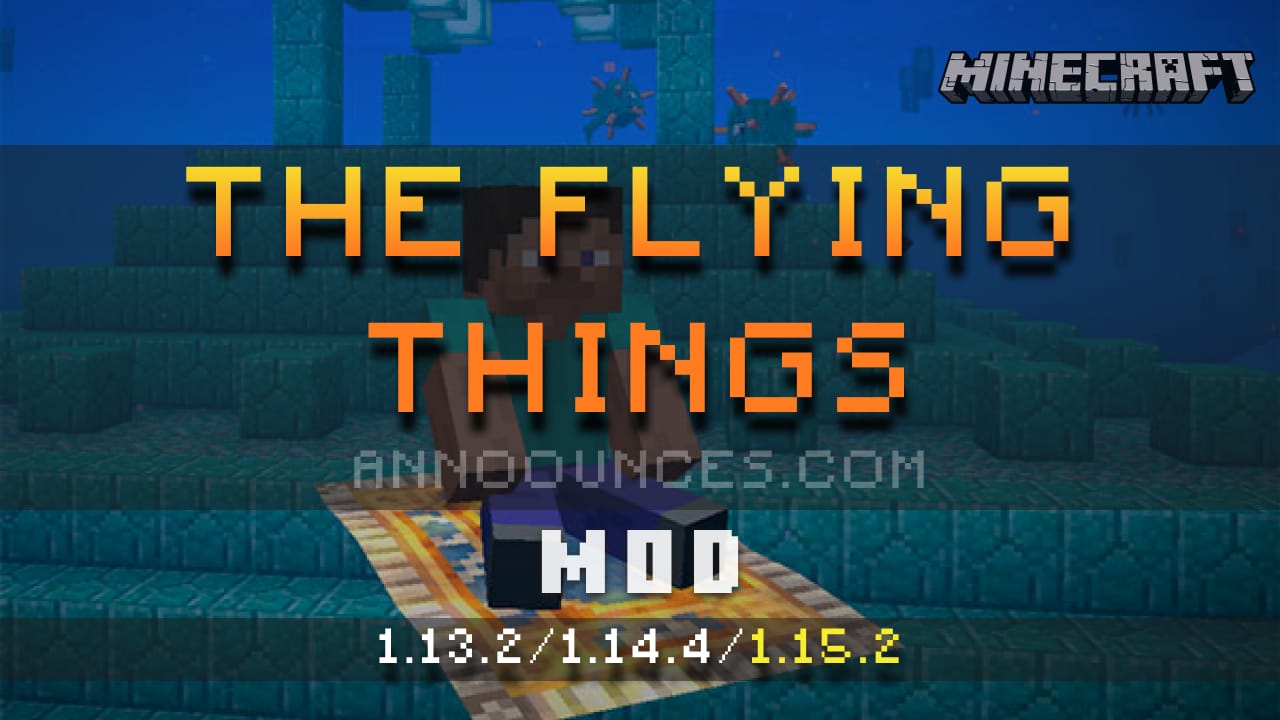 The Flying Things 1.15.2 offers us a curious way to move around the world flying over enchanted brooms and magic carpets. Although these carpets and brooms will not only allow us to move quickly through the sky, but we can also move much faster underwater than if we simply make our character swim.

When we are using a flying broom or a magic carpet two bars appear on the screen. One of them indicates the speed of flight, while the other one indicates the energy we are consuming during the flight. If we stop using the carpet or broom, the flight energy will be recharged autonomously. If we run out of energy the flight speed will be reduced.

How to install The Flying Things Mod