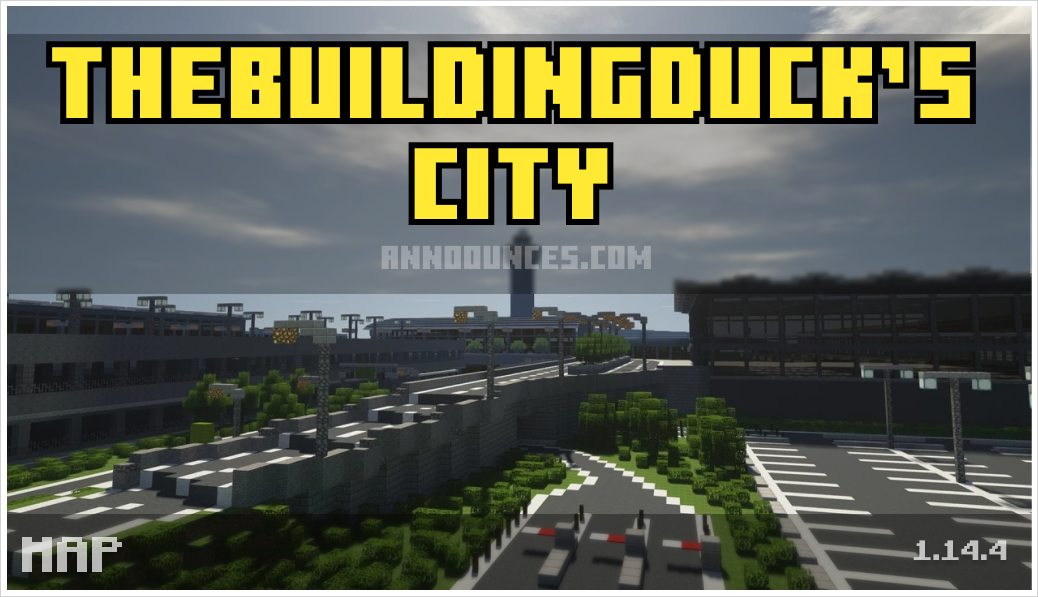 Minecraft’s palette of building blocks tends to favor the emergence of buildings in a traditional, often medieval style. TheBuildingDuck’s City reverses this and offers a sprawling and detailed construction: a large metropolis, built in a contemporary style. Its creator has left nothing out: skyscrapers, housing, schools, cinemas, parks, and even an airport. Everything is thought to propose an immersion, in Minecraft, within a huge city.

It is important to note that TheBuildingDuck’s City is based on a specific type of city: North American metropolises. This implies an architectural style that irrigates the urban configuration: large perpendicular avenues criss-cross the city, which is thus divided into blocks. Each block is studded with buildings of varying heights.

In the city center, in particular, we find the largest skyscrapers. All are built according to a rather simplistic architecture. They are generally in the form of simple monochromatic blocks, with windows spaced equidistantly from each other. Their diversity is therefore mainly due to their height and color, as well as the possible hat on the roof. To break up the height of the buildings and the concrete, the neighborhood is dotted with parks. These urban oases sometimes include lakes, whose water reflects the surrounding buildings, overlooking the surrounding trees. Nevertheless, the presence of a crane shows that the excitement is not going to stop

As one moves away from the city center, however, the urban organization takes a very different turn. First of all, the outskirts show a host of industrial activities, relegated to this location so as not to disturb anyone. There is a power station in full activity, but also an airport surrounded by huge parking lots, as well as large commercial spaces and a train line to connect the whole.

Then, far away from these industrial and commercial zones, the suburban neighborhoods impose themselves as another form of structuring of the urban space. Here again, everything is done in a pure North American style: the streets are long, well-lit enfilades, framed by lines of similar houses, each with a garden whose grass and hedges are impeccably mowed. The homes are one or two stories high, in contrast to the height of the downtown area. And yet, it is all part of the same city…