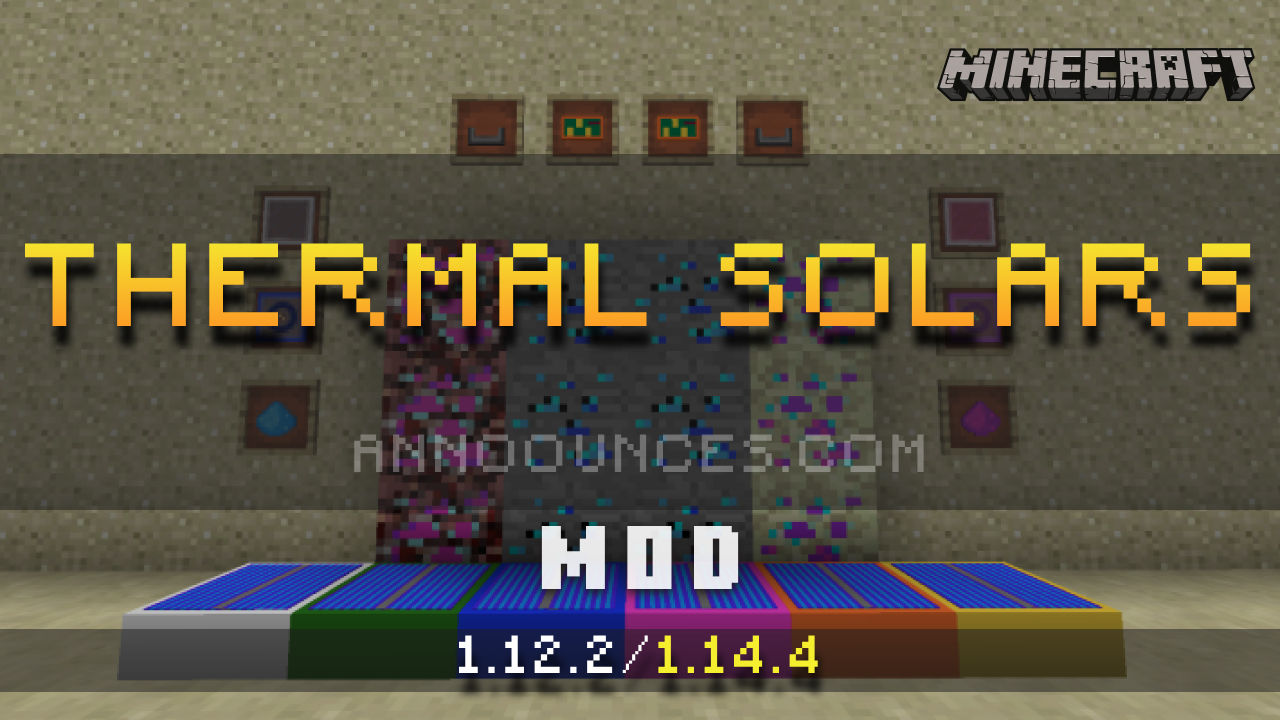 You can now generate solar power, and lunar power, on Minecraft.

This is the power generation capacity of each panel, according to its level of improvement, or evolution.

How to install Thermal Solars Mod