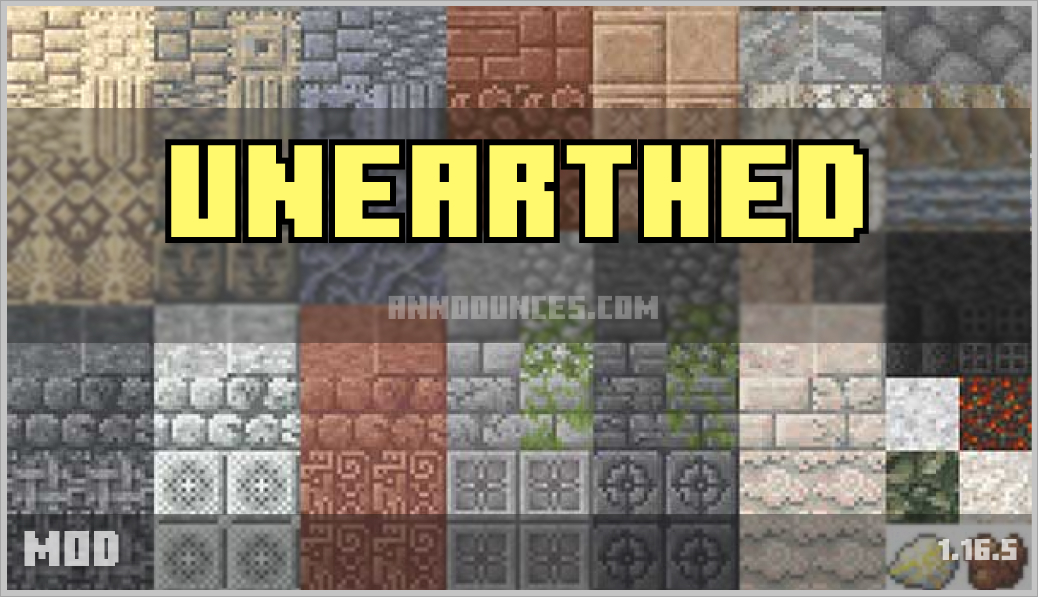 Unearthed 1.16.5 is a mod that modifies terrain generation to add more than twenty new rock types. Specifically, these twenty-four new rock variants can be classified into three major groups, which are igneous, sedimentary and metamorphic rocks.

Some examples of igneous rock would be white granite, dolerite, granodiorite and pumice. As for sedimentary we find rocks such as siltstone, conglomerate, limestone and lignite. Finally, we will find metamorphic rocks such as slate, schist, quartzite and marble, among other variants.

All these new rock variants can be mined by players, just like any other material in the game. So, with this mod installed, we will be able to manufacture the usual variants of building blocks for each of these twenty-four new types of rock.