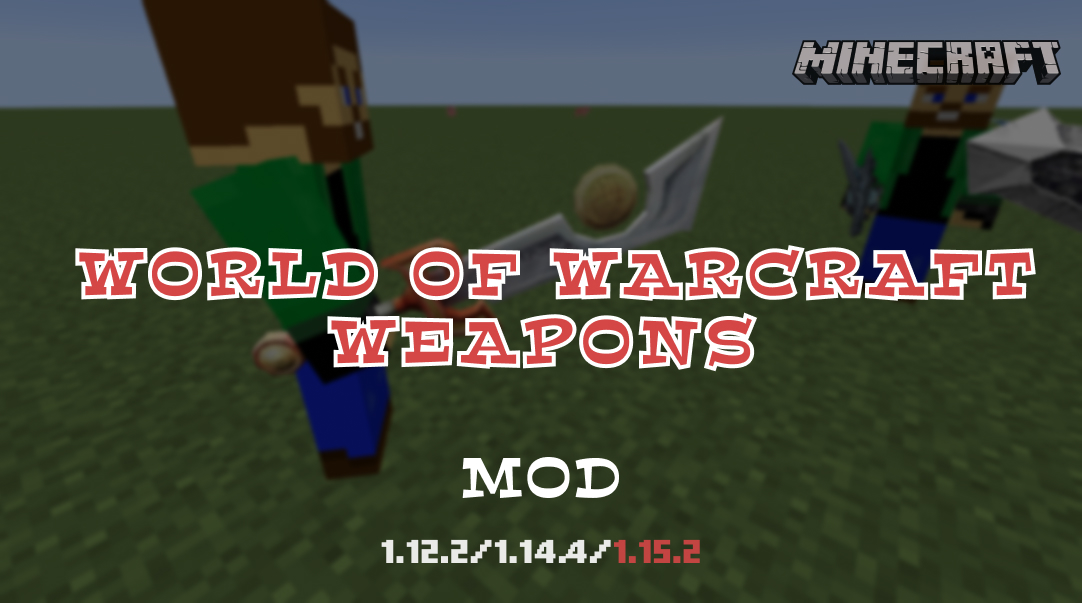 World of Warcraft Weapons Mod focuses on adding a number of weapons based on the weapons from the popular video game World of Warcraft, so that they can be used in our Minecraft games. It’s worth noting that these new weapons will have to be found in the chests of fortresses, village smithies, desert pyramids, underwater ruins, and jungle temples.

These new weapons cannot be manufactured by players, they can only be found in the places mentioned above. However, there is another way to get these weapons. If we also have the Mine and Slash mod installed, when defeating enemies they will be able to drop any of the weapons that this mod adds, and of course we will still be able to find them in the chests of the structures mentioned above.

How to install World of Warcraft Weapons Mod