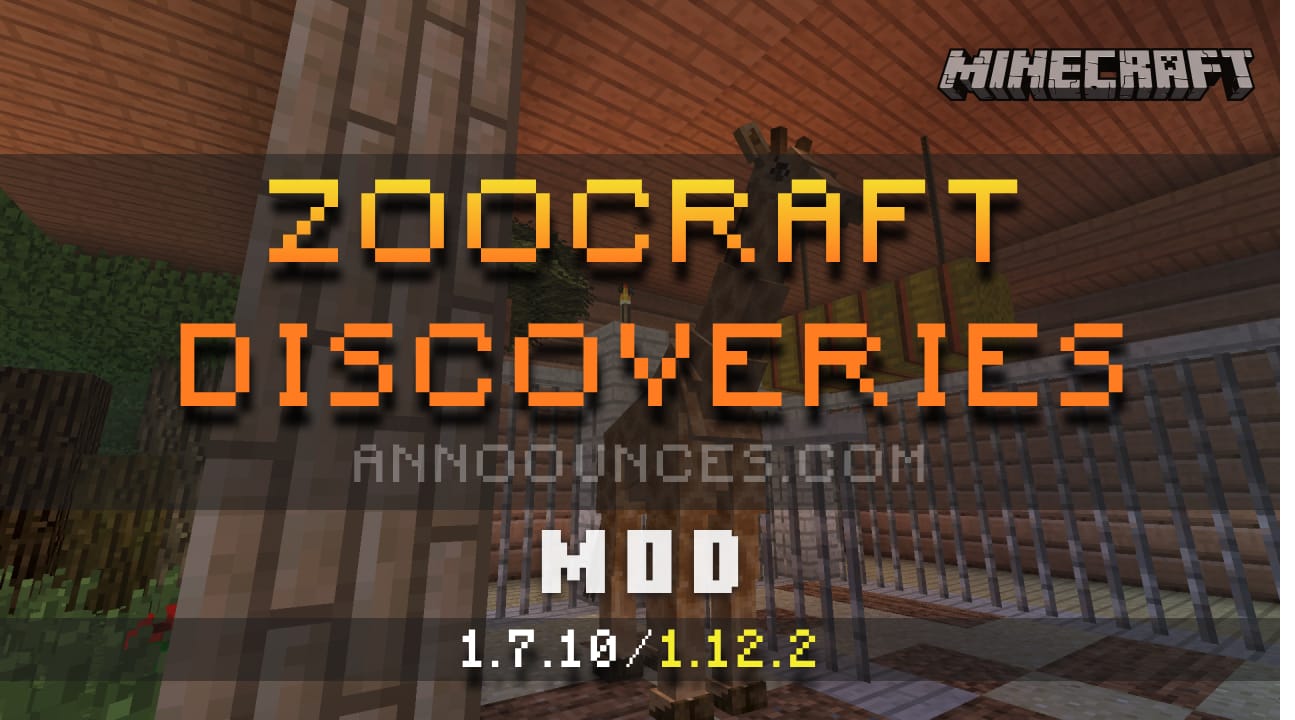 Zoocraft Discoveries 1.12.2 is a mod that focuses on adding a lot of new animals to the game. These animals will roam freely around the world, although each one will appear in specific areas, i.e. we won’t find giraffes in frozen areas, but in deserts.

Although the mod is focused on adding new animals, we will also find new crops, as some of them will allow us to domesticate the new animals. We will also be able to create new building blocks and decorative objects to create our own zoo.

How do I install Zoocraft Discoveries Mod