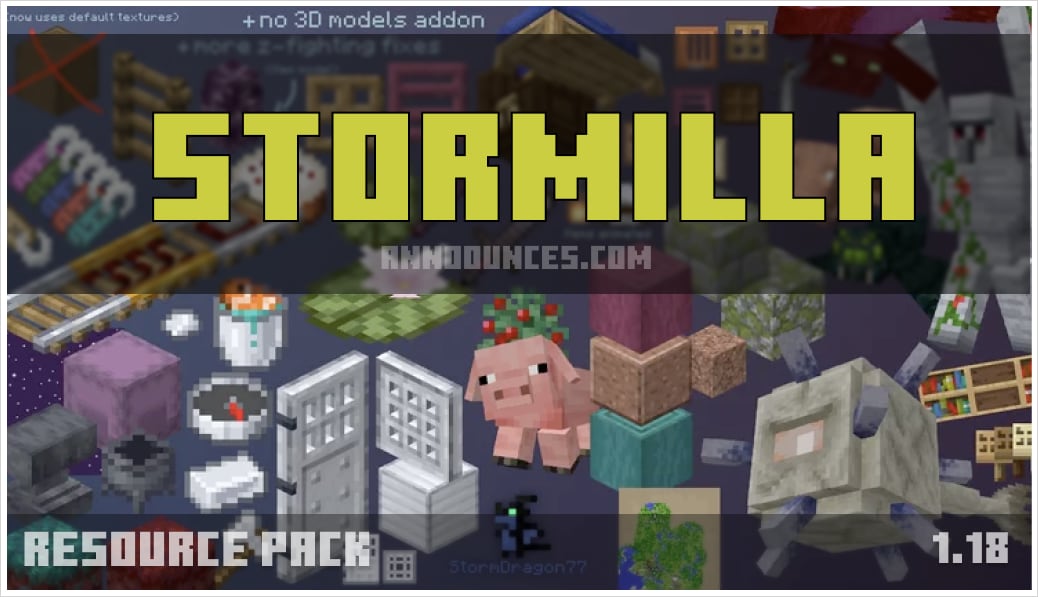 At first glance, Stormilla doesn’t seem to fundamentally change the look of Minecraft. On the surface, only. Indeed, if you look deeper, this pack from StormDragon77 offers a lot of small changes that will make Minecraft more consistent and more accomplished.

Logically enough, Stormilla retains a 16x resolution, which naturally follows the one of the base game. The idea is to stick as much as possible to the fundamentals of Minecraft. From this point of view, the blocks and items are not much modified: they are easily recognizable, as the pack takes care not to change any major element in them.

The work it does is therefore more discreet. It can be found in most of the blocks, but in a way that is often not very visible. Stormilla will modify some pixels, here and there, to improve the textures of the game. By improve, we mean several areas of work. First of all, he will correct some details that could disturb the coherence of some blocks. Secondly, he focuses on some blocks that he makes slightly more realistic. To this end, he slightly reduces the pixelization and gives the natural blocks a more organic dimension.

Finally, Stormilla does a little work on the colors. Again, this is not a major overhaul, but a small touch action. Overall, the pack makes some blocks and mobs slightly more colorful. Reducing the dull surfaces, it aims to make the whole thing more visually pleasing.