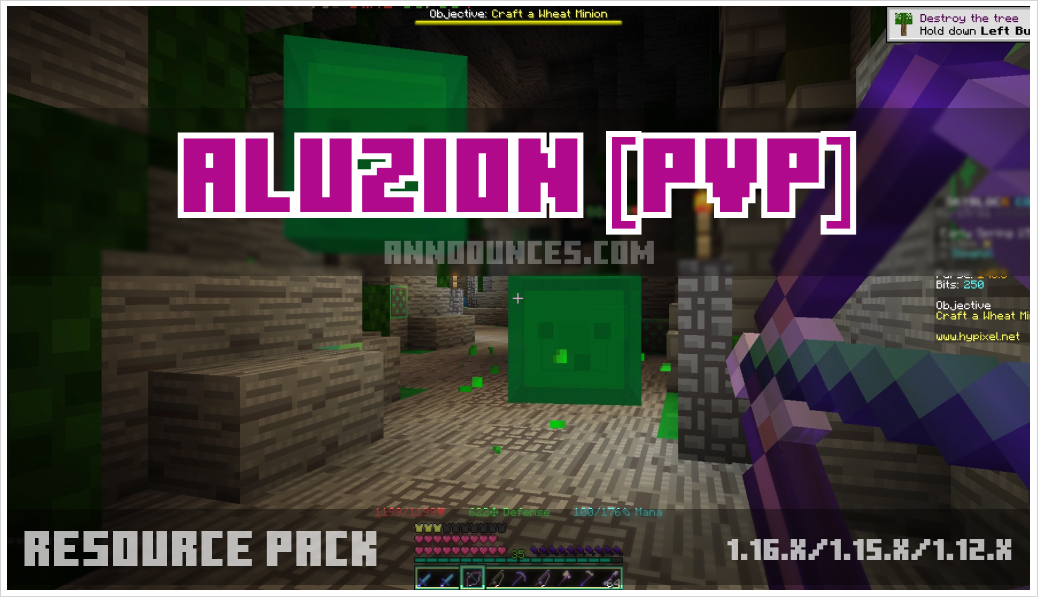 The purpose of Aluzion PVP is not only utilitarian as its name might suggest. Indeed, this lootyline resource pack is clearly intended to be used in a PVP context. However, its action is not limited to this only domain: it is also intended to offer cartoonish textures, stripped of the grainy aspect of some Minecraft textures.

First of all, and this is a central part of its action, Aluzion PVP takes care of optimizing the game’s textures as much as possible for a PVP game. However, don’t think that the pack provides any X-Ray or disproportionate benefits. Instead, it’s just a few small modifications, mainly to mitigate elements that might bother you in PVP. As a result, many textures have been simplified to make them more identifiable, ores now have a border, the sword has been shortened to increase your field of view, and the menu interfaces and chests have been reworked. 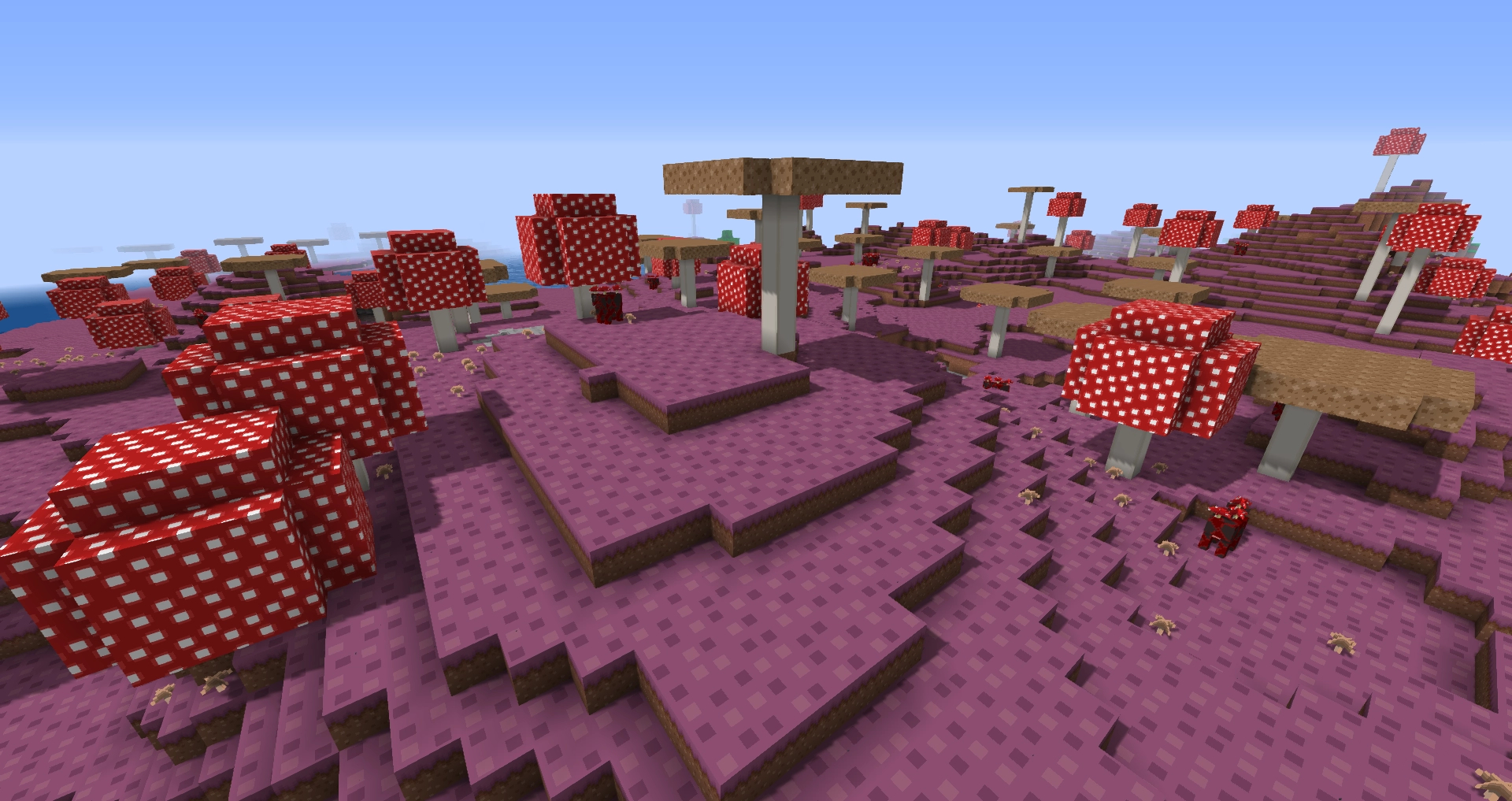 Beyond this main function, Aluzion PVP also has an aesthetic purpose. As such, the pack is quite complete, providing modifications for all blocks, items and mobs in the game. It also aims to smooth out the textures of the base game, which is mainly due to the fact that they are pixelated, because of the 16x resolution. The pack doesn’t increase the resolution, but slightly attenuates the color contrasts so that this grainy aspect is less prominent, with slightly more homogeneous textures.

Overall, Aluzion PVP has a relatively cartoony style. This may seem contradictory given its 16x resolution, but the pack manages to sketch fine enough features to make this mood visible in the landscapes. In addition, the choice of a bright color palette also goes in the direction of a cartoony looking pack.