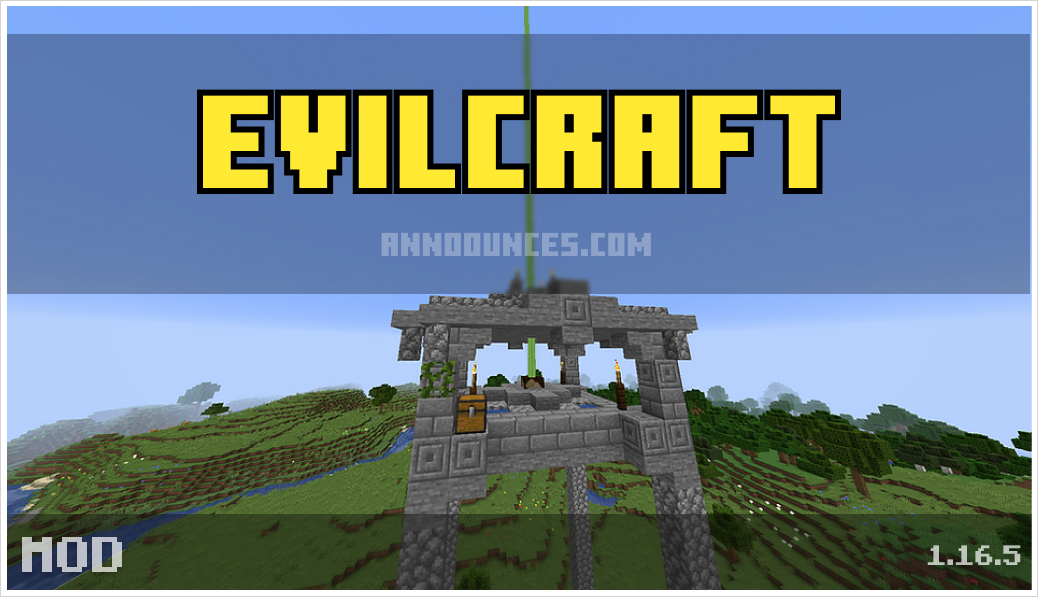 Evil Craft – Quite a global mod on Meincraft 1.16.5, which adds a bunch of elements of dark culture, dark explosives, dark tools, blocks, mechanisms, ores, world generation structures and many similar delights. And quite strange, for example: now you will brew various potions on the blood. By the way, to create any items from this mod will require stoves, workbenches, brews from the same mod.

What else is interesting?

In the mod a lot of “interesting plushkas”, the mechanism to change the weather, now the animals will begin to defecate, dynamite now explodes lightning, you can fly on a broom, among the peaceful mobs are now found werewolves, you can bite poisonous dragonflies, and you can also fart, if you need it so life.