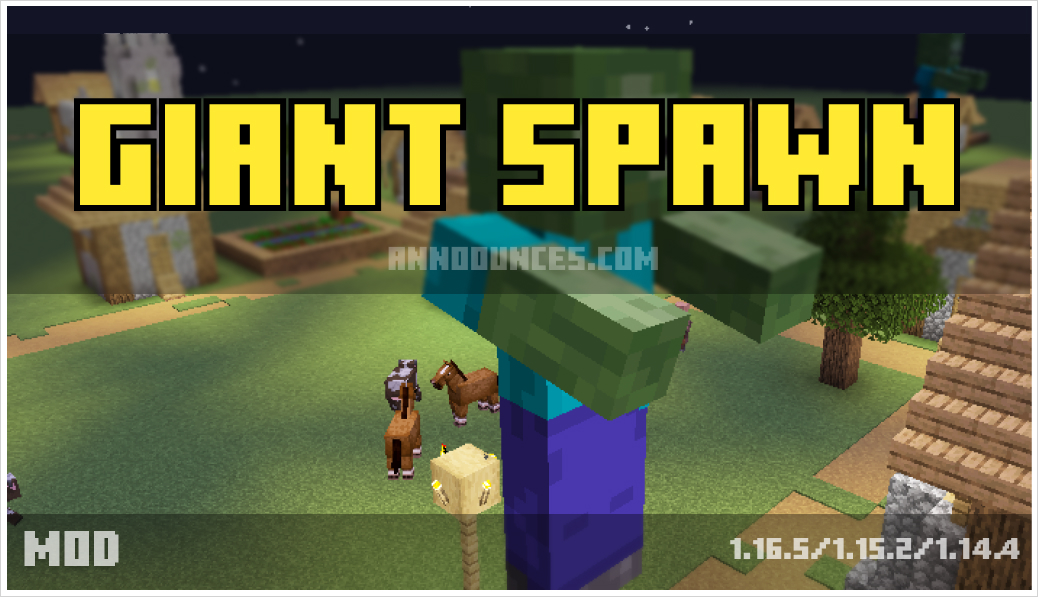 Giant Spawn 1.16.5/1.15.2 is a mod that will add the probability that when a zombie is generated, it can be generated as a giant zombie. The probability of this happening is one in forty zombies that are naturally generated in the world.

How to install Giant Spawn Mod