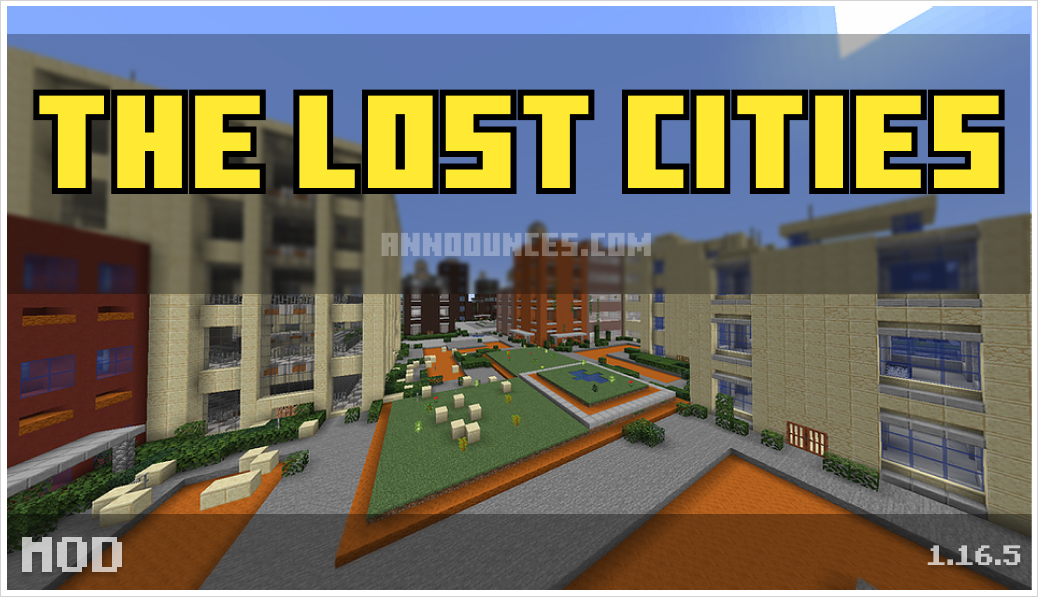 Humanity has been wiped off the face of the Earth. Melted into thin air due to a man-made disaster. Only signs of the once dominant civilization, wild animals and monsters remain. The Lost Cities is a mod for Minecraft that activates the generation of abandoned human cities in the Upper World. They are lifeless, but beautiful.

Instead of forests, glades and mountains, travelers will come across houses, city parks, skyscrapers or bridges. Developer McJty has reimagined the old creation. The environments have become more diverse. Clone structures are less common, and secrets in dark rooms lurk more often.