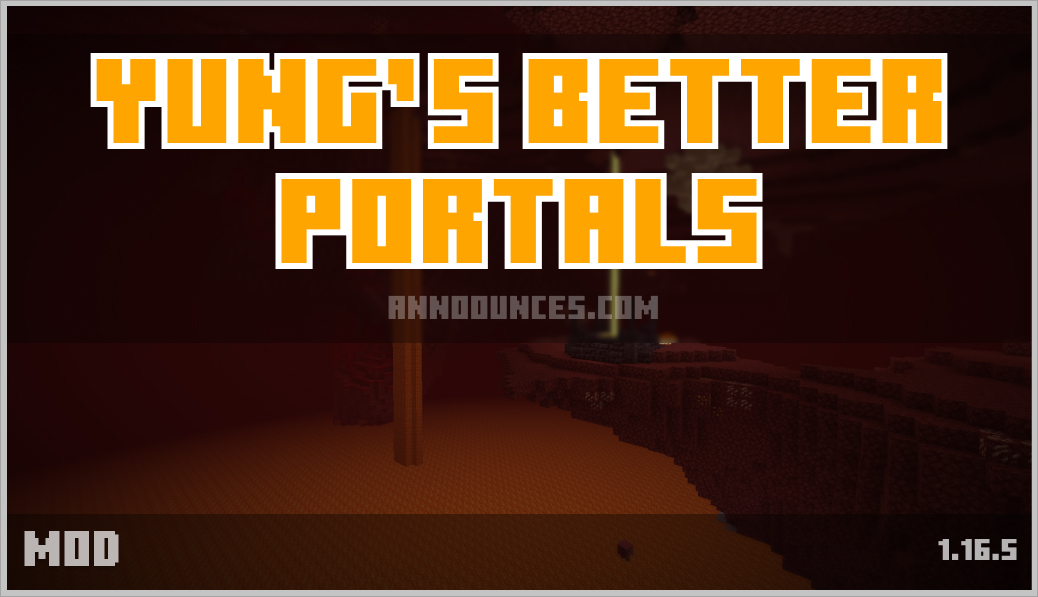 For years now, we have been using portals in the same way to access the Nether dimension. Yung’s Better Portals aims to reinvent this portal system and adds difficulty to the game. Instead of simply creating a rectangle of obsidian and setting it on fire, Nether portals will come in the form of dimensional rifts, which you’ll find scattered throughout the depths of the caves. You’ll need to find one of these rifts to get into the Nether, but be careful, because it’s now a one-way trip!

The author states that this mod is his personal solution to achieve two design goals:

If the new system that Yung’s Better Portals introduces seems like too much trouble, don’t worry. You can reclaim dimensional plasma from a dimensional rift and move it closer to your base, and you can extract the reclaimer from a monolith and place it right next to where your plasma teleports you into the Nether. So it’s pretty close to a two-way portal, the only difference being that you’ll need to find a dimensional rift and a monolith first.

Moreover, these new blocks offer you bonuses that are waiting to be explored. For example, reclaimers will levitate all entities that enter its radius, including players, creatures and objects.