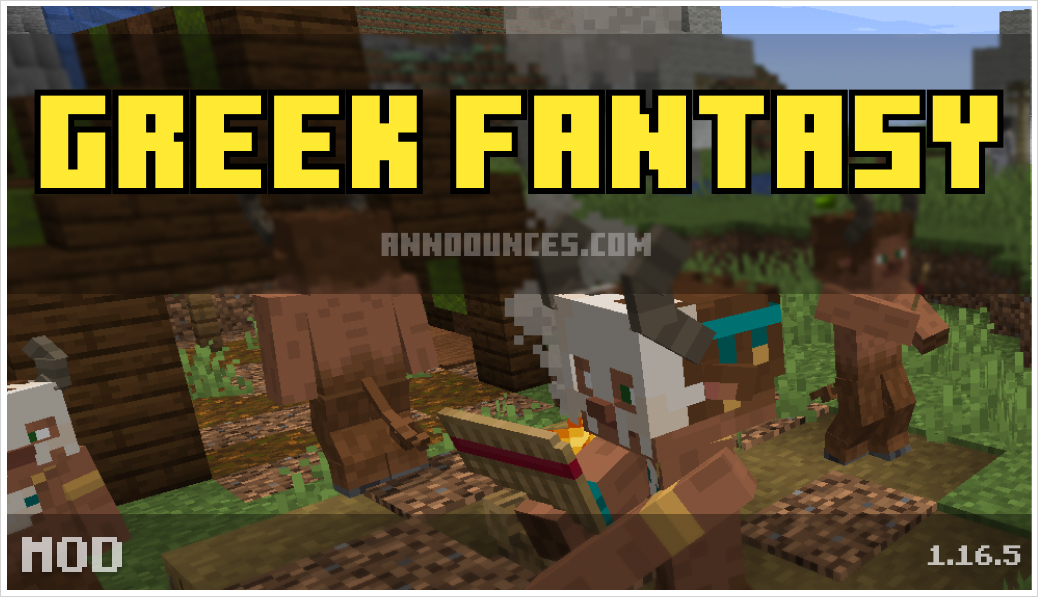 Greek Fantasy is a mod for Minecraft 1.16.5/1.16.4 that introduces the aggressive Greek mythology movement into the game. As an ordinary Steve travels around the world, day in and day out performing his duties. Suddenly a giant with an Iron Stick and a menacing aura appears before him. He strikes Steve with such force that he causes the world to turn upside down, allowing the immigration of many Greek creatures as well as artifacts to be transported into his world.

This is a global project to incorporate ancient Greek culture and tales into the standard generator. Settlements are randomly generated, as are new mobs. Most monsters will be hostile to the character. Their models are made in minimalist vanilla format and have a similar detail.

Author of the modification: skyjay1.