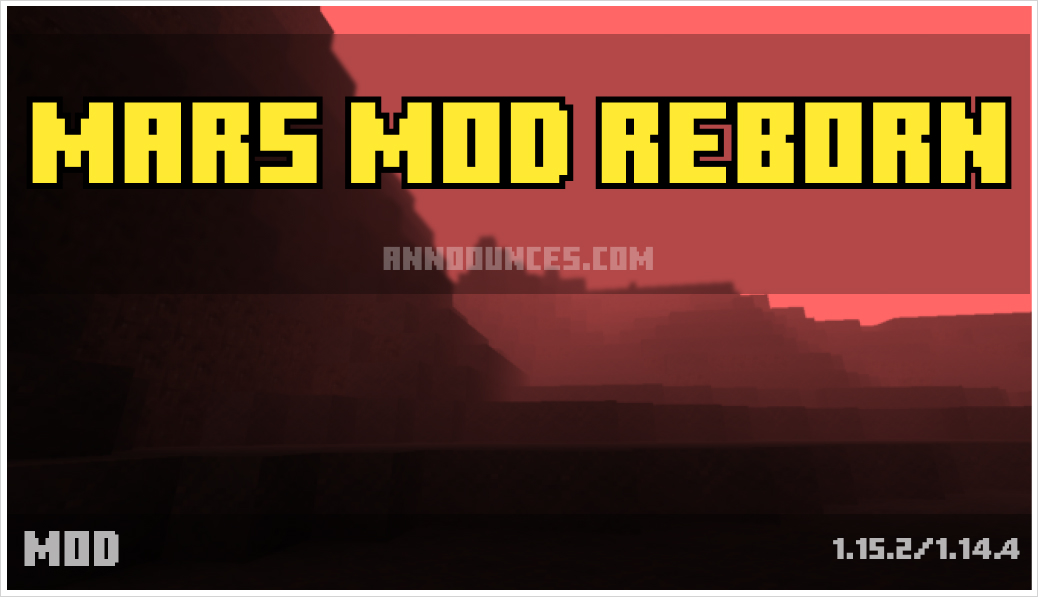 Hqvester is back with a new mod centered this time on the red planet that Elon Musk wants to conquer. Like the older mod The Moon, the player will be able to create a portal that will take him to a new dimension. Note that this mod is inspired by Mars Mod by pekpyt96 which is only available for Minecraft version 1.7.3. The dimension you will visit here is very complete, including new enemies, decorative objects and even a new boss! Buckle up because it’s going to be a bumpy ride, let’s go for Mars Mod Reborn!

Here I’m going to introduce you to all the features of the mod in detail. You will know everything, how to join the dimension, how to defend yourself against monsters, martian ores and many other things…