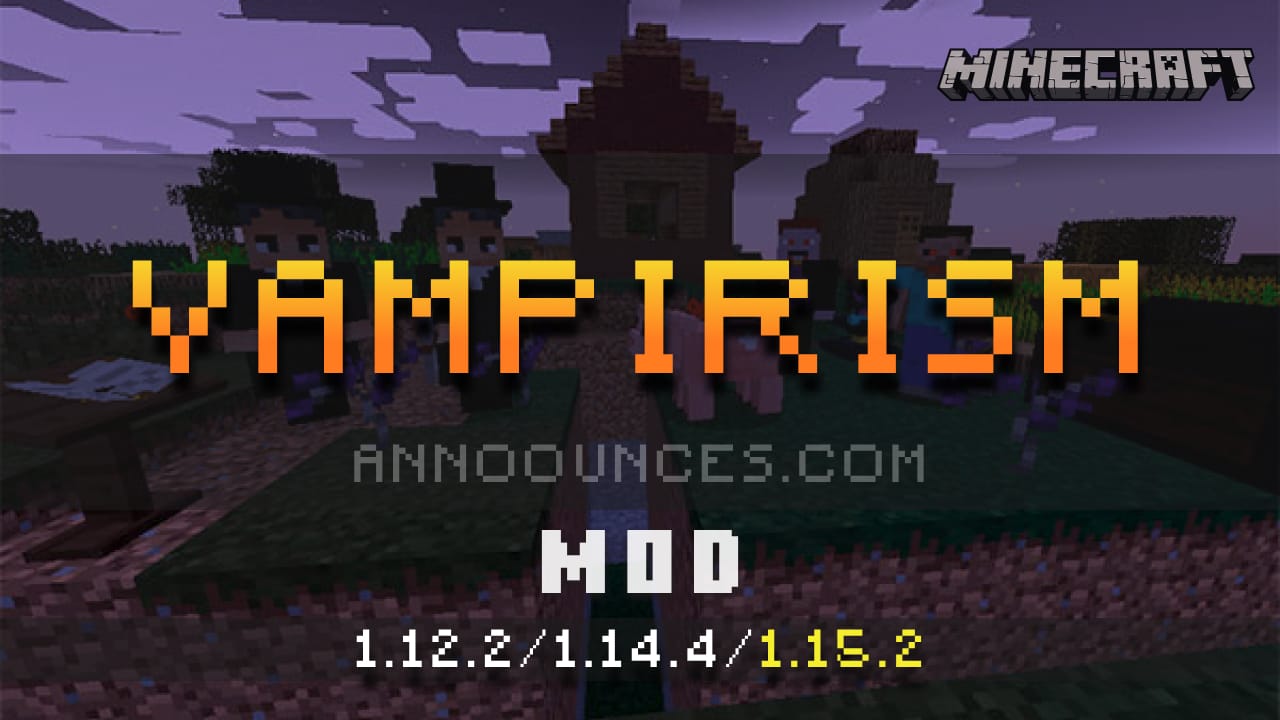 Vampirism 1.15.2/1.14.4/1.12.2 is in charge of generating a new biome, which is where vampires live. In addition to vampires, other hostile creatures will be generated in this new biome, besides Count Dracula. Our goal in this mod will be to defeat Count Dracula, but only a vampire can finish him off, so we will have to become a vampire.

Even though vampires have a home within the vampire biome, we will be able to find them outside the vampire biome, mainly by trying to find villagers or players to suck the blood out of. If we allow ourselves to be bitten by one of them, we will become a vampire and we will be able to level up and get new skills by performing blood rituals. We can even become a bat and fly in survival mode.

Count Dracula lives in his castle, in the deepest part of the vampire biome. We can only access the castle once we have the necessary level. If we manage to defeat him, we will become Count Dracula, so we will get a lot of new abilities and powers, which will turn us, practically, into immortal beings.

How to install Vampirism Mod