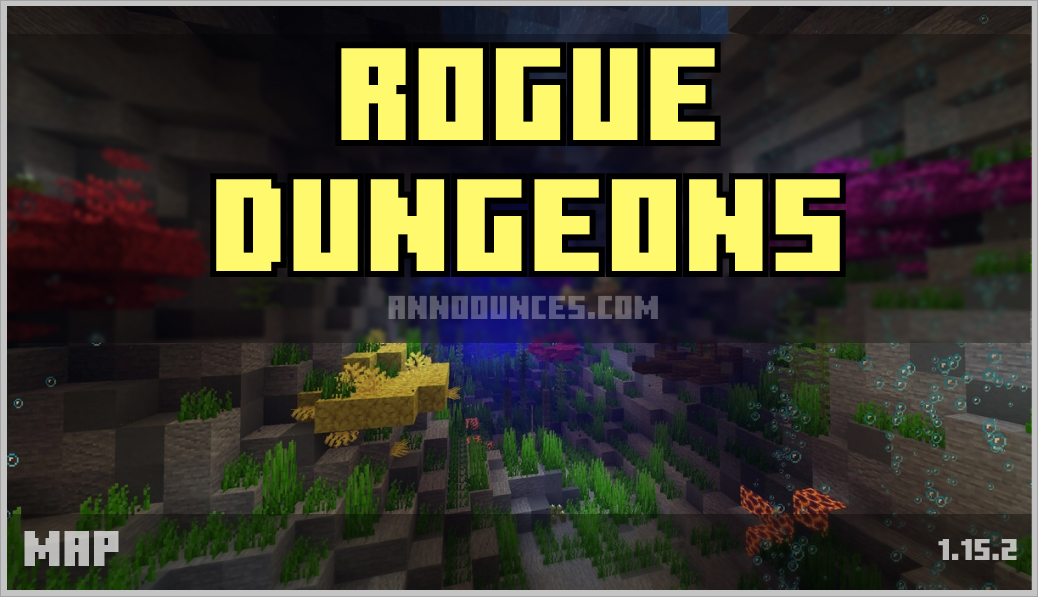 Rogue Dungeons is a map for Minecraft where you can travel through various landscapes and find various dungeons in different dimensions to stop the Corruptor of Dimensions. Nothing will stop him until everything is under his control, and only you can stop him. So join the fight and battle through the dungeons he has already corrupted to try and stop him from corrupting the last 5 remaining altars.

All weapons and armor pieces are randomly placed in chests, which adds rogue-like elements to the map. Mini-bosses will give you a hard time, but can reward you with items and accessories. At the end of each floor is an altar guard, corrupted by Meridia, who tries to stop you from advancing. The hidden realms of the void offer mysterious items and can be found in every other area on each floor. With over 300 weapons at your disposal, this map is all about finding which weapons work and which don’t. Combine these weapons with accessories and armor to create the ultimate setup, and destroy Meridia once and for all.

The author says he spent over 600 hours working on this map with over 2,000 command blocks and to complete it as a player will take 6 hours.