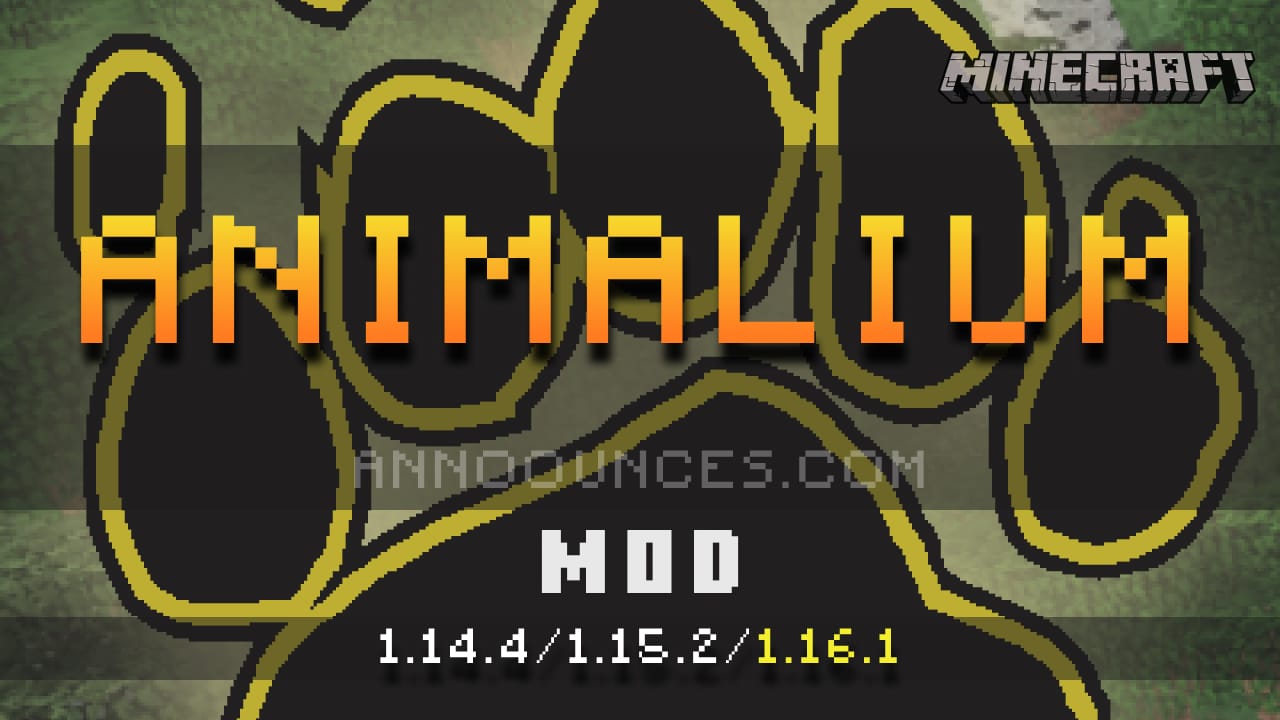 Animalium 1.16.1/1.15.2/1.14.4 focuses on adding a little more difficulty to our games by adding new variations, in this case, animals, of creatures hostile to our character. These new creatures are bears, wild dogs, piranhas, and rats. Dogs, bears, and rats can be generated in any biome of the game, while piranhas can only be generated in rivers and swamps.

Since the recent updates to Minecraft, the game’s bestiary has been enriched with a few mobs, especially from real life. Real animals, in short. Vadis365 proposes to take it a step further, so to speak, by adding new animals to Minecraft. Not creatures from his imagination, but real beasts, whose aggressiveness will give you a hard time, but who will give you big rewards if you get the better of them. 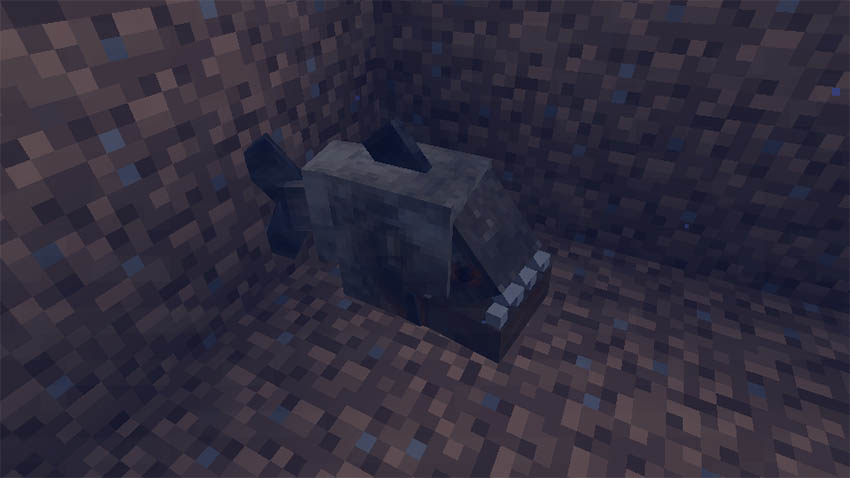 Piranha are aggressive mobs that appear in the ocean, rivers and swamps. They will swim fast to attack players and are relentless in pursuit when in the water. Piranhas will also jump on players on land and try to attack them. Piranhas can suffocate if they are out of the water for too long. Once killed, you can retrieve raw or cooked fish if it is on fire. 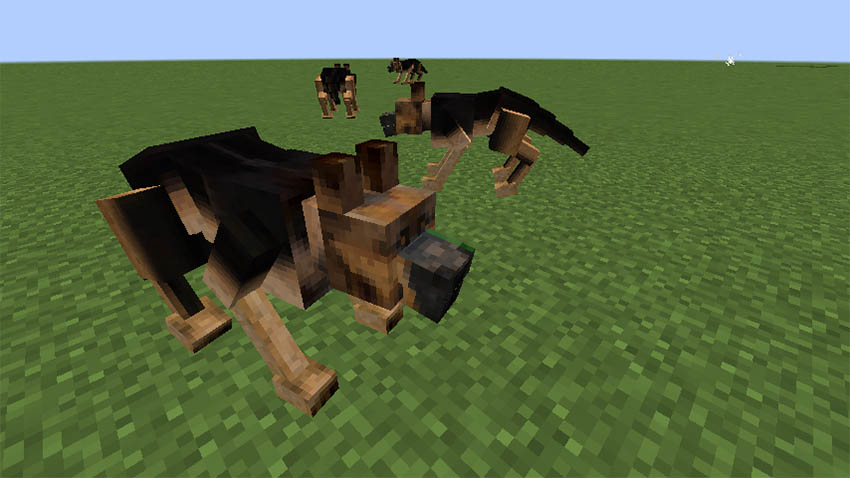 Wild dogs are aggressive monsters that will appear in all biomes, but not the dimensions of the Nether and the End. They will chase the player at a very high speed, which makes escape very difficult. When they attack, they jump on the player and often attack in packs. When they are killed, you can collect wild dog skins (used to make special boots, see the crafts below for details) and bones when they are on fire. 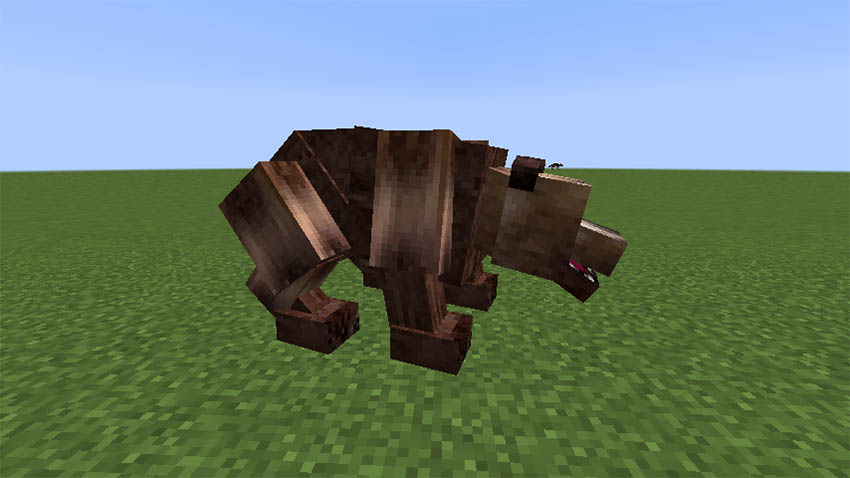 The brown bear is a large, aggressive mob that will appear in all biomes except the dimensions of the Nether and End. They will chase the player and try to maim him. When you kill a brown bear, you can recover raw or cooked bear meat if they are on fire. You can also collect bear claws that can be used to make Bear Claw Paxel (see the crafts below for more details). 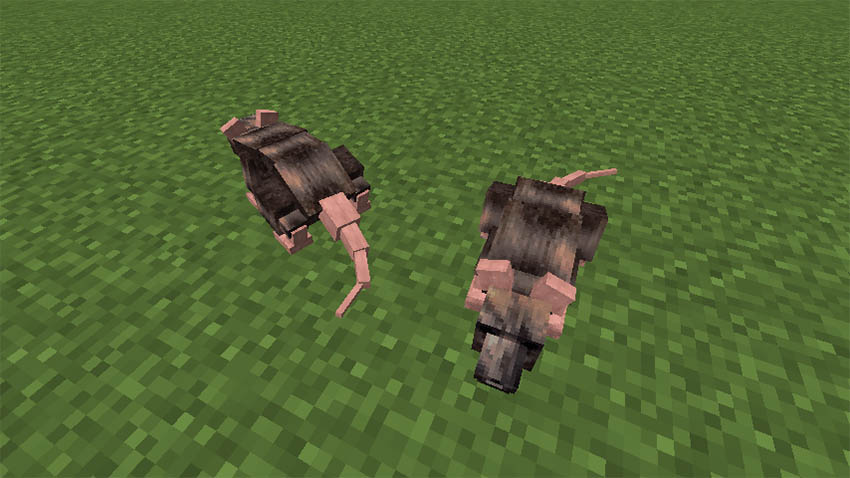 The rat is a small, aggressive mob that appears in all biomes except the dimensions of the Nether and End. It has little life and does not inflict much damage, but it can be deceptive when they start to attack you in groups. Rats are aggressive only at night or in low light areas. They also have a sneaky technique of stinging you with an object you are holding in your hand with a 1:10 odds ratio for each attack. The objects do not disappear when you kill a rat and you will be able to recover it. When you kill a rat, you can recover raw or cooked rat meat if it’s on fire.