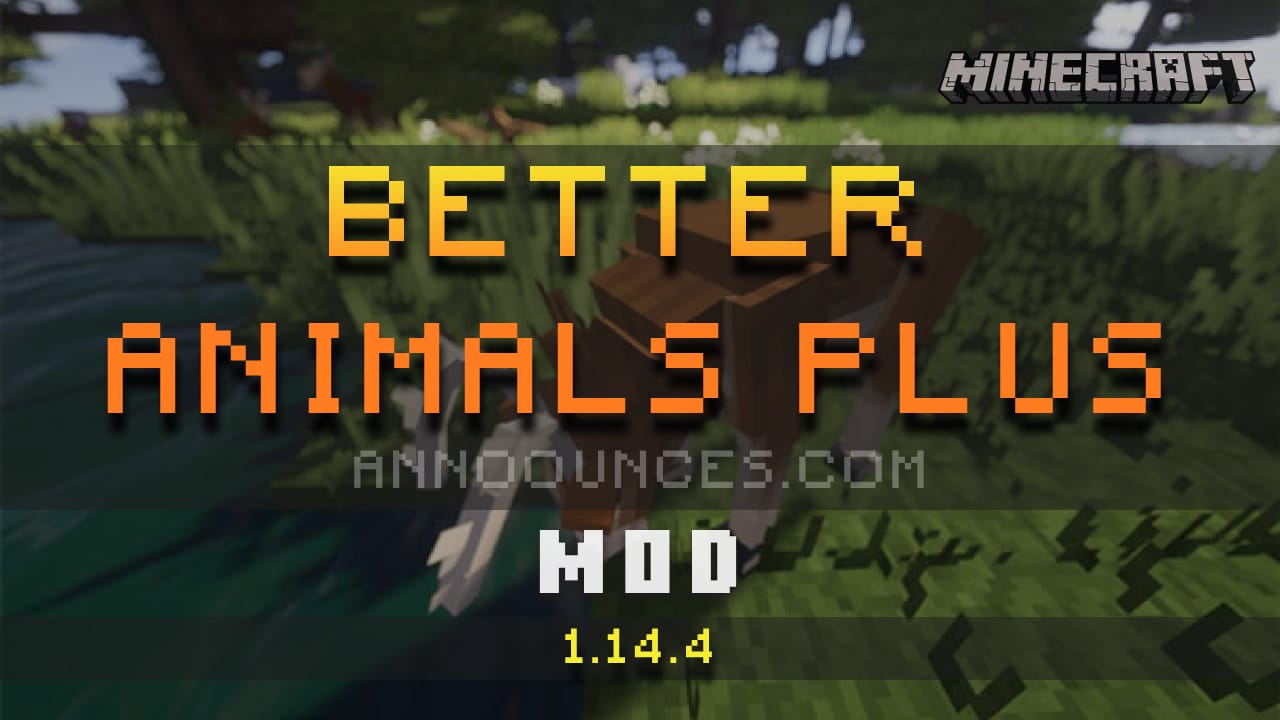 Better Animals Plus 1.14.4 is a mod that takes care of adding new animals to the game, as well as fantasy creatures. After installing the mod, you will find peaceful, neutral, and aggressive animals, as well as the other fantasy creatures added by the mod. Some of these new animals and creatures will not be generated anywhere in the world, some will be generated only in specific biomes, only at night, etc.

For example, we can find black bears, brown bears, Kermode bears, coyotes in the Mesa Biome, tarantulas in the desert, wild wolves in the forests at night, pheasants in the woods, jellyfish in the water, goats, bearded vultures, reindeer in cold biomes, deer, wild boars, foxes, songbirds, badgers and lampreys in the water, among other creatures.

How to install Better Animals Plus Mod