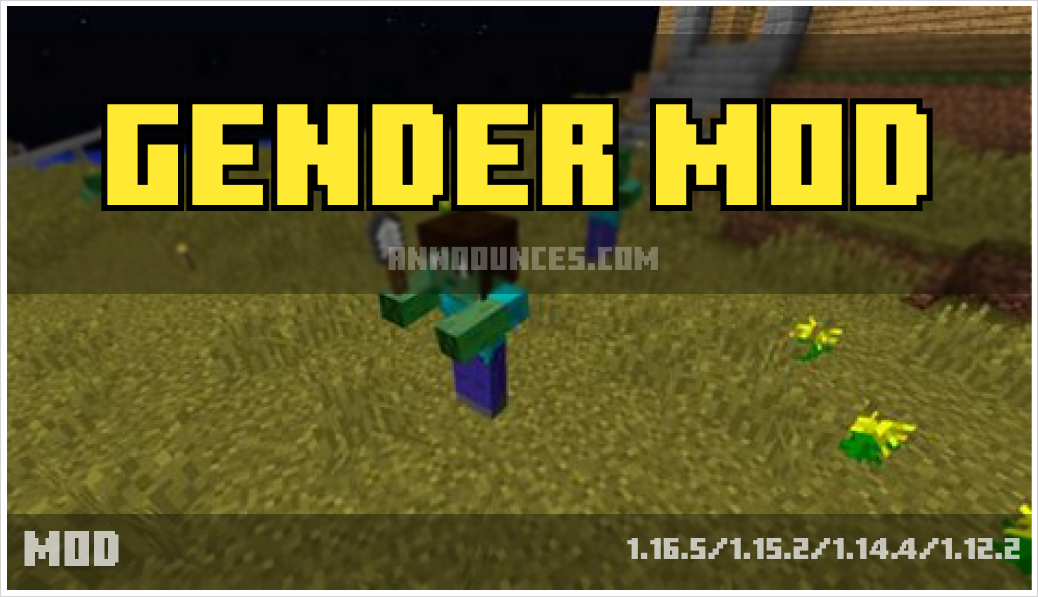 Gender 1.16.5/1.15.2/1.14.4/1.12.2 focuses on allowing players whether we want a male or female gender character. Besides our character’s gender, we can also choose if we want to be an adult character or a child character. Whether we choose to be a woman, a man, a girl or a boy we will have the same abilities, but we will look different and make different sounds.

In order to define the gender and age of our character we will have to press the “G” key, which will give us access to a menu of options to personalize our character. In addition to affecting our character, the options offered by this mod will also affect zombies, so we can find male zombies and female zombies.

How to install Gender Mod