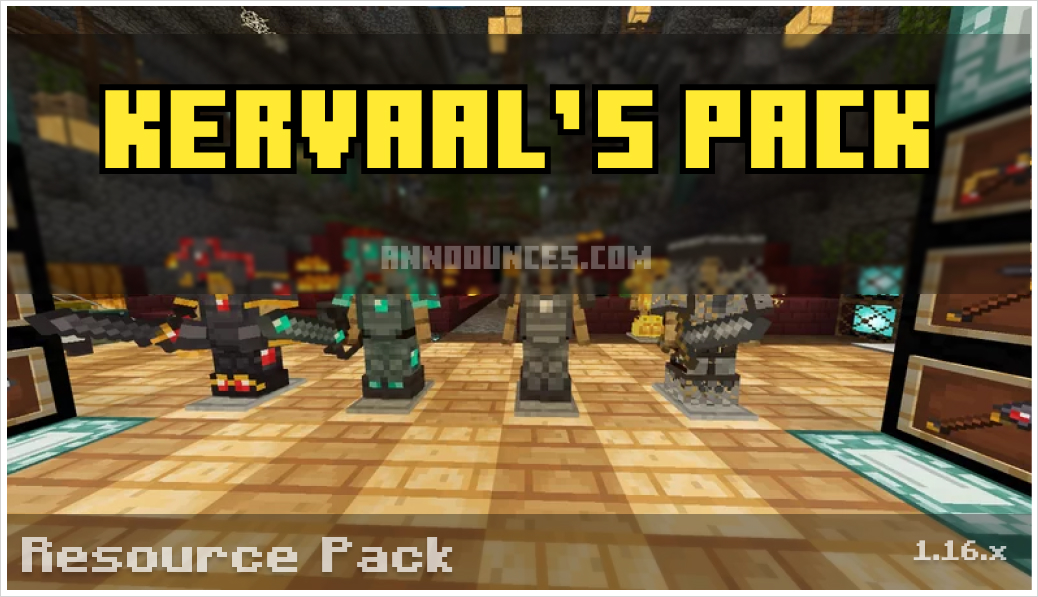 Despite an ever increasing trend towards cross-platform, Java and Bedrock remain two distinct blocks (no pun intended). On the one hand, their communities do not mix much. On the other hand, the two versions are technically quite different, so that each version has its own content. Kervaal proposes a modest junction between these two universes, by proposing a Resource Pack with his name, usable on both Java and Bedrock.

According to its author, Kervaal’s Pack was created out of pure boredom, when he couldn’t find a pack he liked. However, don’t think that this singular creative process resulted in a pack that could only please its author. Overall, there are two basic trends: the simplification of the game’s textures and their shift to darker shades.

With a 16x resolution, Kervaal’s Pack has a relatively simplistic style. As such, it deviates little from the textures of the base game. The main differences are the simplification of the blocks: they are restructured to let only the essential appear. The pack tries to de-pixelize the whole, to propose softened textures, with a dominant color and a pattern that structures the whole block. This simplicity also contributes to give the pack a slight cartoon look, thanks to light strokes.

At the same time, however, Kervaal’s Pack offers a relatively darkened color palette. This is not to make Minecraft a dark and gloomy environment, but simply to tone down the sometimes flashy colors of Minecraft. This effort is, in fine, appreciable and allows to soothe the eye of the player.