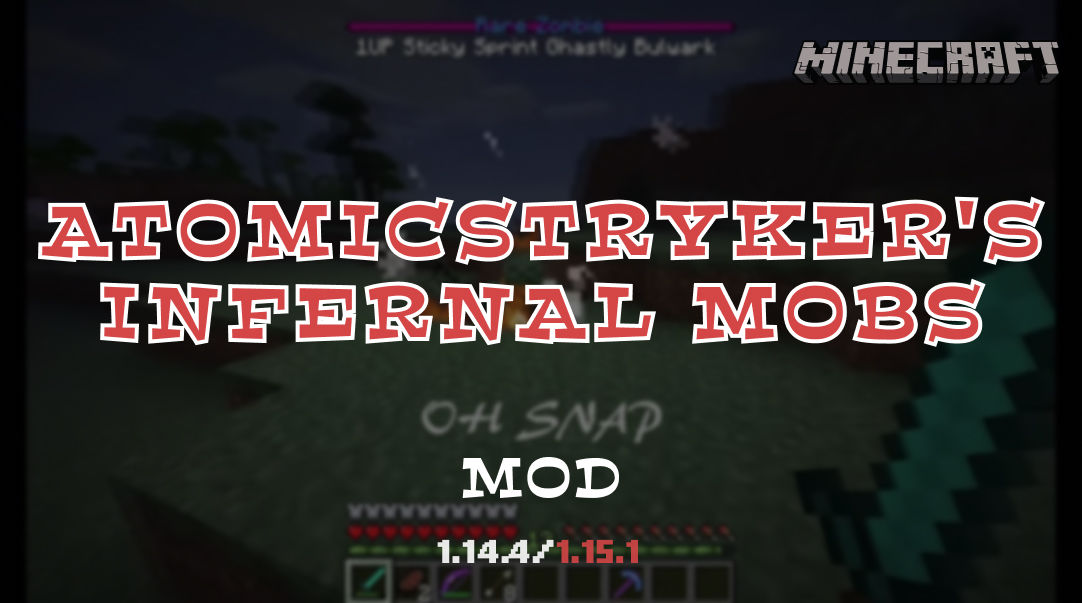 Infernal Mobs is a mod that will generate a much more dangerous variant, called Infernal, of some of Minecraft’s hostile creatures. For now, the creatures that can be generated with an Infernal state are, the Enderman, Creeper, witches, spiders, and zombies. We will detect when a creature with the Infernal state appears because around its body we will be able to see a brilliant effect, similar to the enchanted objects.

The creatures that are generated with an Infernal state will be much faster, much more powerful and much more resistant to the attacks than those that do not have the altered Infernal state. This state will also give the creature a random spell, similar to the one in the game Diablo.

How to install Infernal Mobs Mod