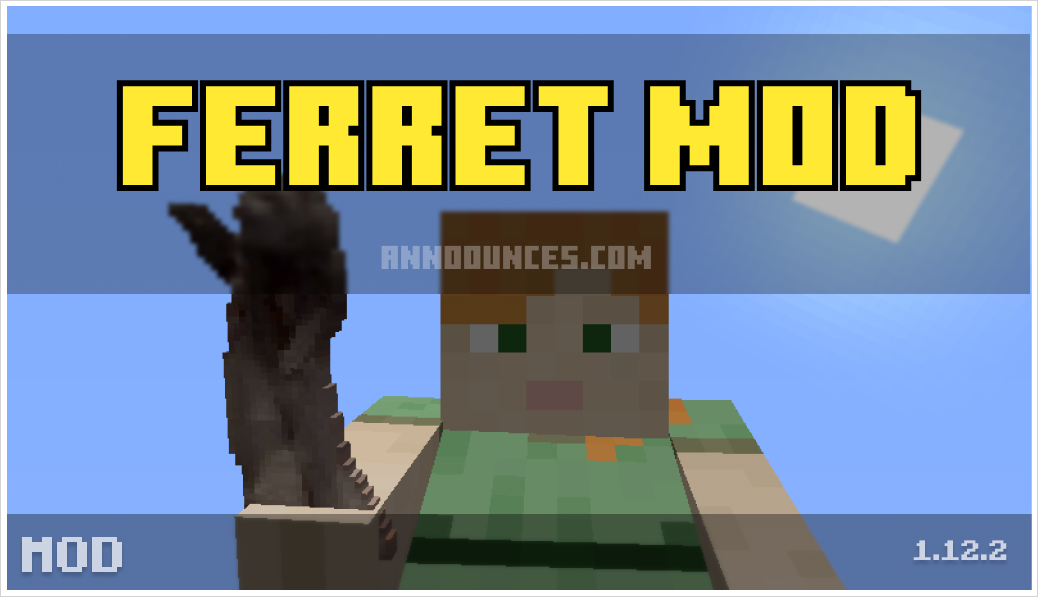 This mod is for 1.12.2, And as with most of my mods; is designed along a pre-1.13 style,
Via this it will Not be updated past 1.12.2, Do Not Ask
But feel free to remake the mod yourself for a later version Yourself if you want,
just give Major credit if you reuse the model ‘n such. Otherwise Don’t

They are modelled after a Ferret owned by a person I was in a Discord VC with,
And are rather cute – Consistent to the pre-1.13 style.

The Ferrets include the following features…