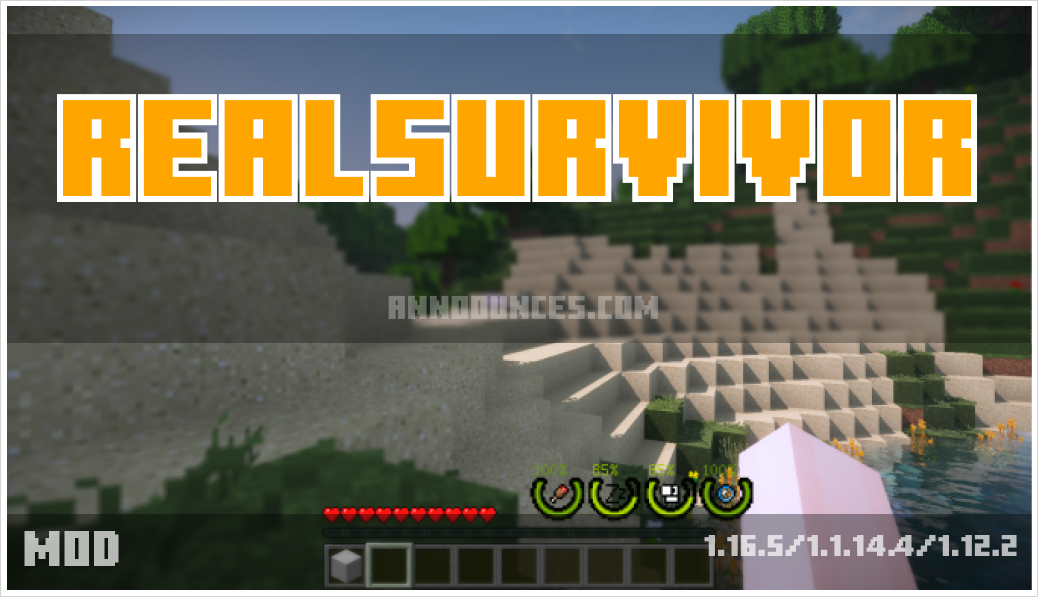 Hunger, dirt, energy and excretion will be important for your survival.

Real Survivor 1.12.2/1.14.4/1.16.5 is intended to add a little difficulty to the game, making us have to worry about other bills, beyond eating once in a while, in order to survive in the world. After installing this mod we will find four new information bars, which will show us the level of energy, excretion, hunger and dirt.

How to install Real Survivor Mod