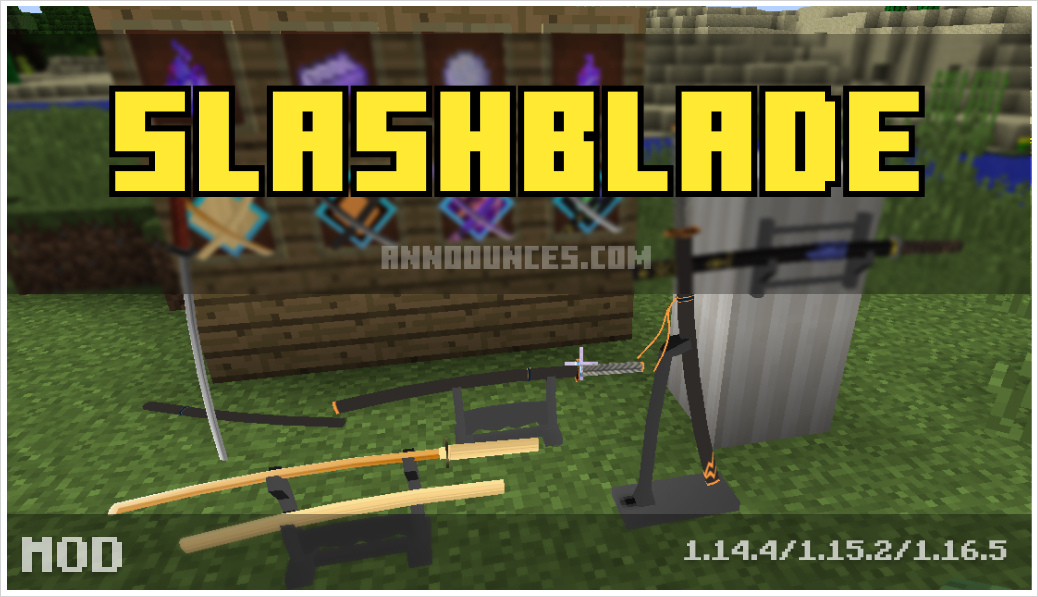 Attack the enemies by making combos with katanas.

SlashBlade 1.12.2/1.14.4/1.15.2/1.16.5 is focused on offering us the possibility of making several models of katana, as well as pedestals where we can display our katanas and decorative elements, with a strong Japanese touch, to build buildings with Japanese style and decorate with Japanese elements.

With this mod installed we will be able to manufacture several models of katana. The main differences between some katanas and others, beyond their attacking power, is that some will allow us to make certain “combos” and others, others.

Therefore, we are not talking about katanas that cause X damage, like swords, but about weapons that allow us to perform “combos”. These “combos” will allow us to hit several enemies at the same time or to knock down several entities at once, among many other things.

How to install SlashBlade Mod

More Ores In One Mod