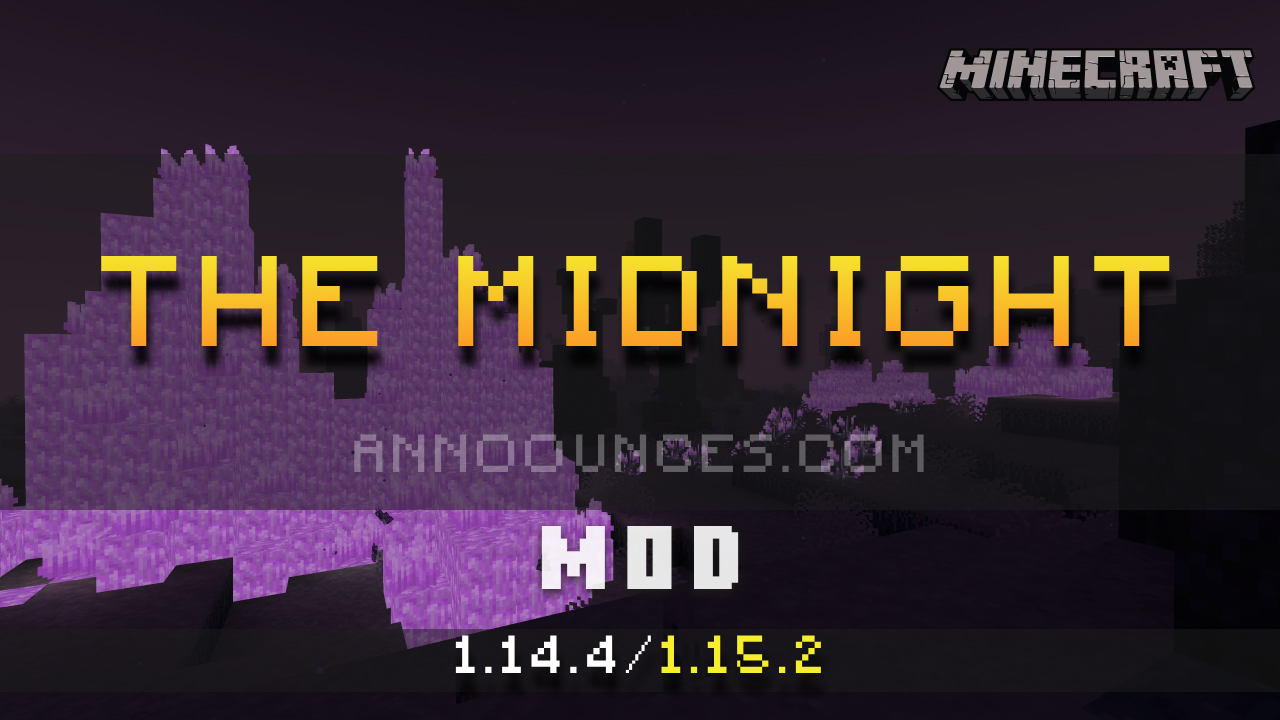 A dark and hostile dimension awaits you in Minecraft.

The Midnight is a mod that offers a new hostile dimension, called Midnight. To access this dimension we will not have to build a portal, as is usually done, but we will have to find a crack, red, on the surface of the Overworld. These cracks will be generated during the night, never during the day. Occasionally, without realizing it, we can be attracted by one of these cracks, which will send us to the Midnight dimension.

This new dimension is formed by absolute darkness, so the only one we will be able to see will be the silhouette of the land, which will be illuminated by colored crystals, luminescent mushrooms, and flora of various types. In this dimension, we will find several biomes, formed by meadows, fields, swamps, caves, valleys and forests, among others.

How to install The Midnight Mod