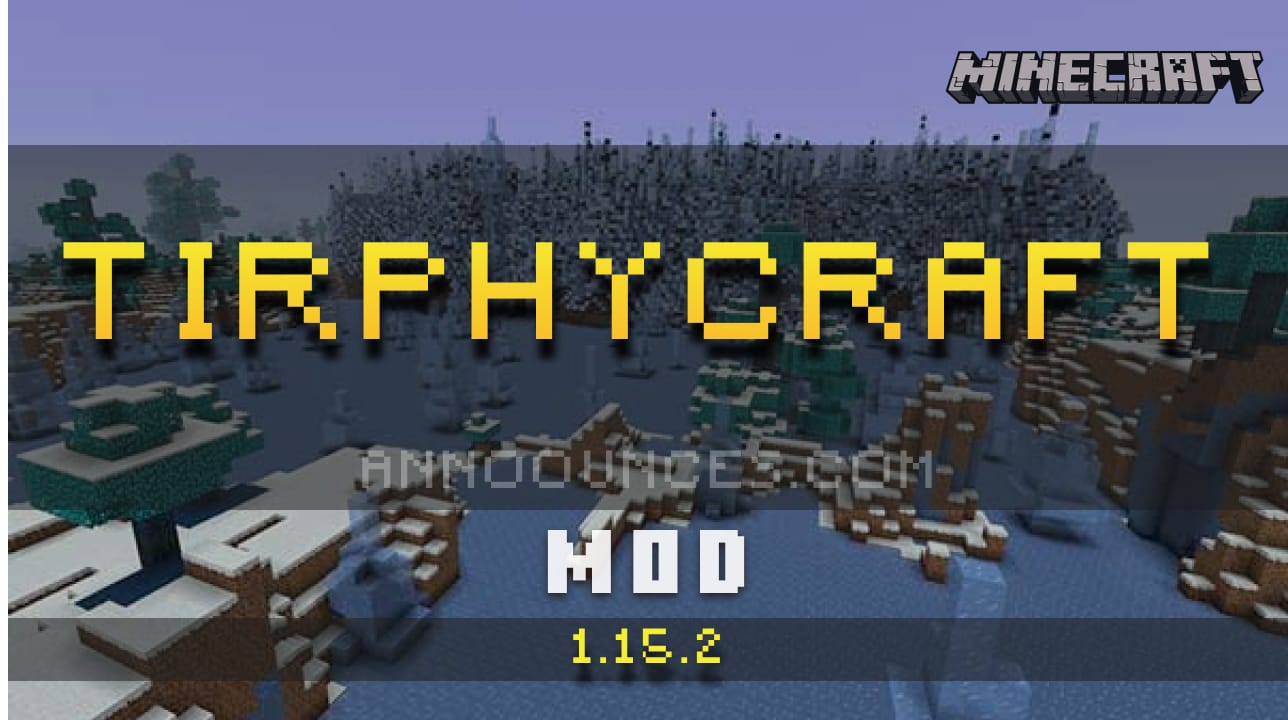 Tirphycraft 1.15.2 is a mod that focuses on adding new dimensions, new dungeons, new artifacts and new creatures, including new bosses. This mod is inspired by a mod called DivineRPG, which was discontinued quite a few years ago. Let’s see a little more detail on what this mod has to offer.

At the moment the mod adds four new dimensions, Froz, which is a frozen dimension, Laputa, which is a dimension formed by floating islands, Noxis, which is a dark dimension and Gosyn. The mod also adds six new bosses, which are Creeper Queen, Pharaon, Poseidon, Hell king, Arkiton and Primal.

How to install Tirphycraft Mod