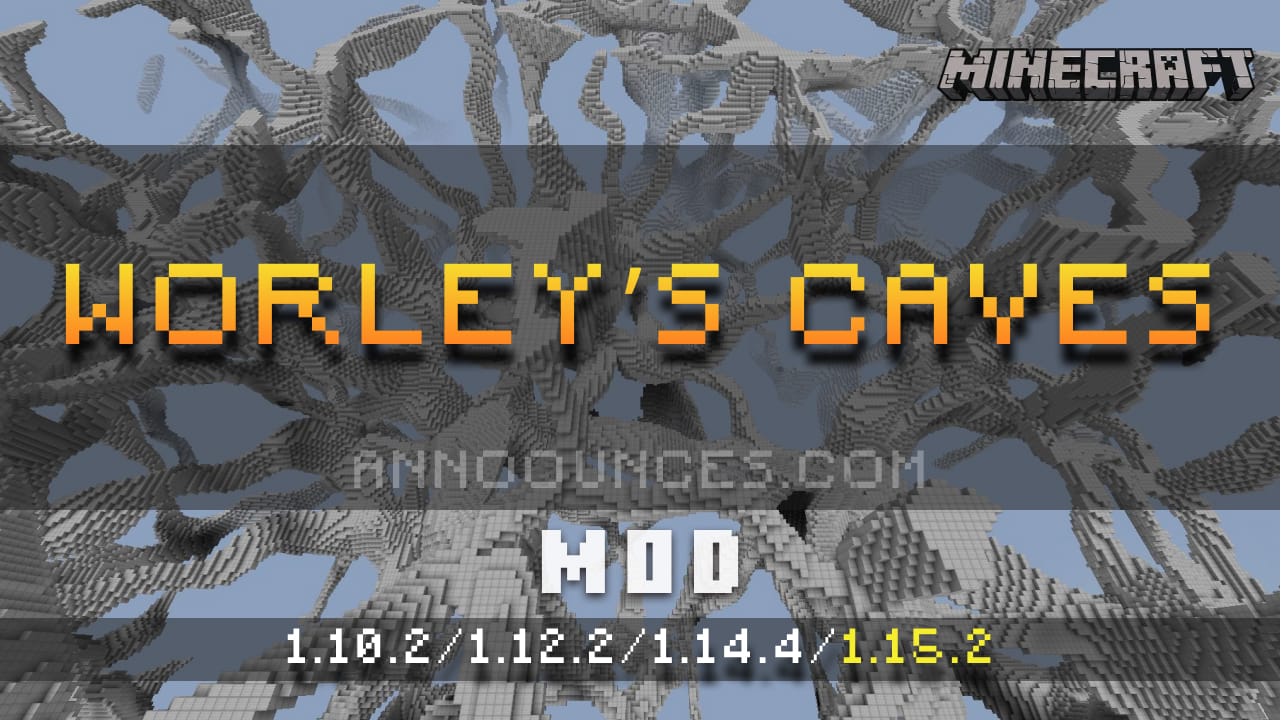 Worley’s Caves is a mod that offers a complete overhaul of the default Minecraft cave system and features a massive and continuous cave system. The idea SuperFluke had in creating Worley’s Caves was to create a new network of underground caves that gives a feeling of total rediscovery. Indeed, there have been many mods that have changed the way you explore the outside world, like Biome O’ Plenty or Recurrent Complex, but there’s never really been a mod that has dealt with the underground world of Minecraft.

So, you know, underground exploration with Worley’s Caves is going to change completely. No more digging hundreds of blocks and finding nothing, and it’s over by the time you see the same kind of tunnel being created and you don’t want to look any further. The huge new bifurcated rooms of the mod offer more and more possibilities for exploration. The unexpected layout of the caves will give you a hard time and more vigilance because the mobs can come from any direction. The long tunnels open up into vast caverns that make them perfect for using your elytra.

For those who like to fine-tune their experience, the mod has many configuration options to give you even more control over how the caves are generated. You can reduce or increase the size of the caves, adjust the amplification to control the degree of distortion of the caves, and so on.