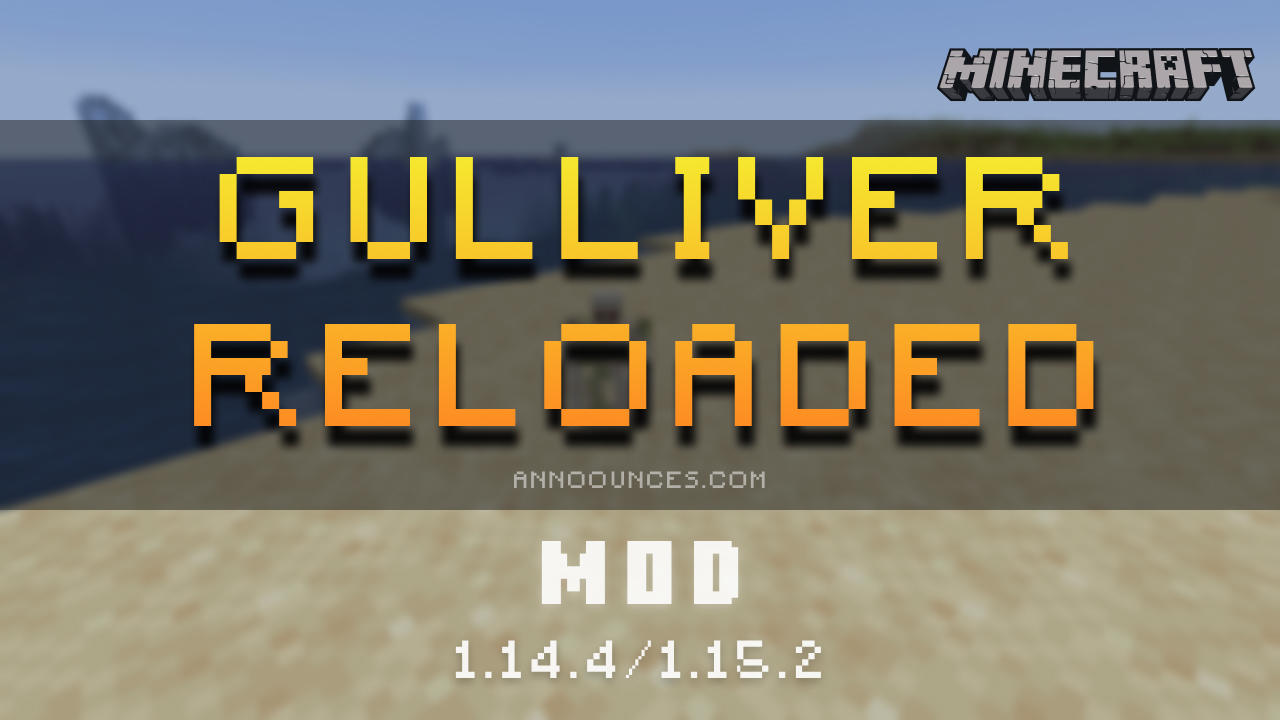 Gulliver’s Travels is a novel written by Jonathan Swift in the early 18th century. It recounts the adventures of Lemuel Gulliver, a marine surgeon who sails to several islands, including Lilliput, where all the inhabitants are tiny, and Brobdingnag, where, conversely, they are giants. This fascinating story has been adapted many times for the cinema.

Based on this story, TheBrokenRail’s Gulliver Reloaded mod allows Minecraft entities to grow or shrink. Note that this mod is a port of Gulliver, which hasn’t been updated for several years.

Gulliver Reloaded is thus a mod allowing any living entity in the game to become giant or tiny.

When an entity changes size, its collision box, its shadow or the objects it carries are also modified. Only the world around it does not change. For example, by being tiny, it is impossible to jump on a block of height, which completely changes the way Minecraft is played.

A growing potion is made from a strange potion and bone powder. It is possible to increase its duration with Redstone powder, and its power with light powder.

The shrinking potion, on the other hand, is concocted with an enlargement potion and a fermented spider’s eye and can be improved with the same ingredients.