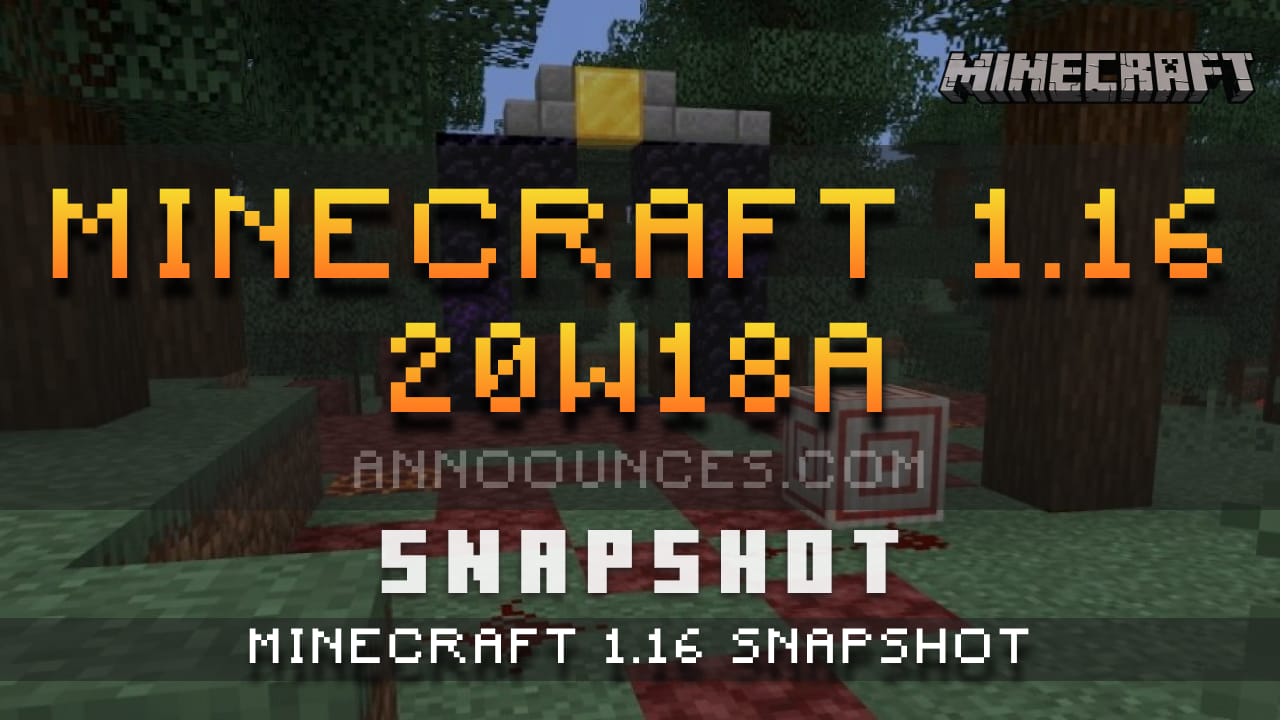 On this new Wednesday, the snapshot 20w18a of the 1.16 of Minecraft is now available in your launcher. It fixes about seventy bugs. We are certainly coming to the very last stage of the Nether Update: corrections and adjustments of all kinds. The very first pre-release should be coming soon.

Snapshots are available for Minecraft: Java Edition. To install the snapshot, open up the Minecraft Launcher and enable snapshots in the “Installations” tab.

Snapshots can corrupt your world, so please backup and/or run them in a different folder from your main worlds.