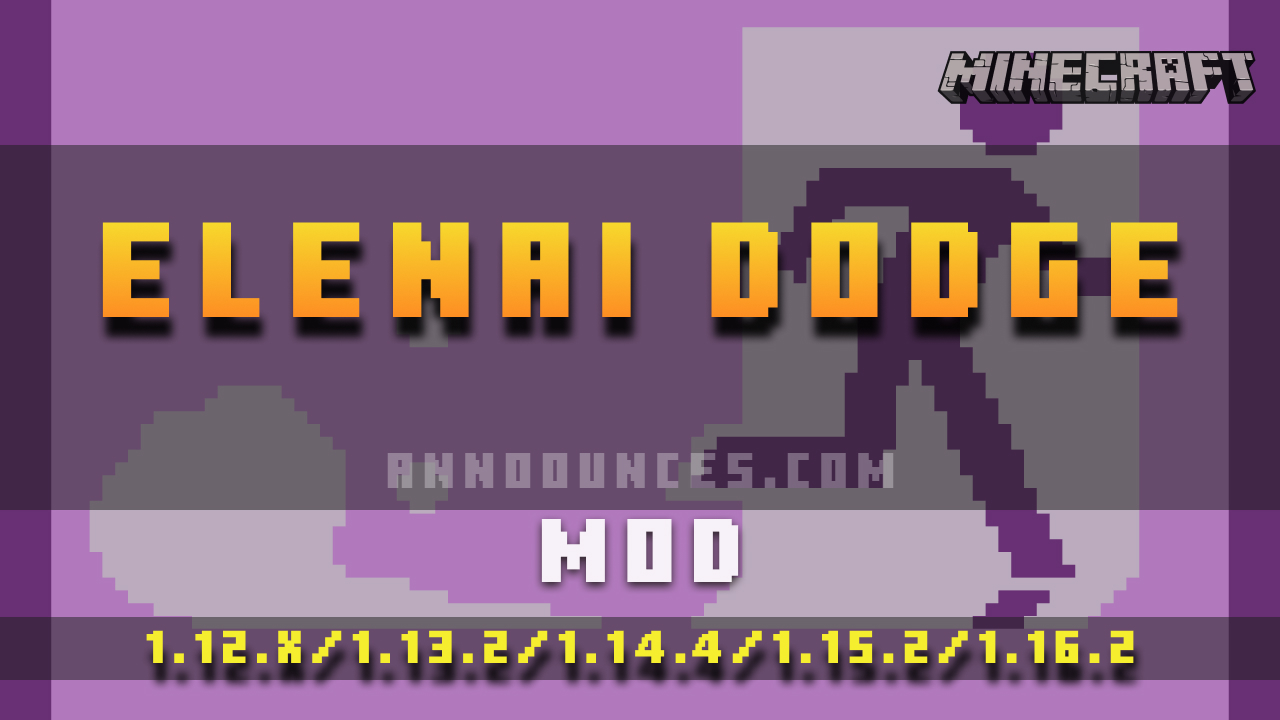 If there’s one thing that’s missing from the Minecraft combat system, it’s special moves that, with the right timing, would not only make the fight more dynamic, but would also give you an advantage over your opponent, where today, the one who wins is often the one who manages to click the fastest and heal himself in the fight. Elenai Dodge has therefore come up with a new move that many will appreciate.

Indeed, Elenai Dodge is a mod that introduces dodge mechanics in Minecraft. To dodge, simply press the default left Alt key coupled with one of the four directional keys present. If you want to optimize the system, you can activate a “double tap” mode in the client’s configuration, and you can simply press a directional key twice to dodge.

It goes without saying that this new mechanism is balanced, so that it cannot be abused. Thus, after a first dodge, you will no longer be able to dodge until the reload time bar, momentarily replacing your X-bar, runs out completely. By default the waiting time between two dodges will be 2 seconds.

So Elenai Dodge manages to include a dodge mechanic in Minecraft that is perfectly balanced with the balance of the game. So what are you waiting for to use it now in your various battles?