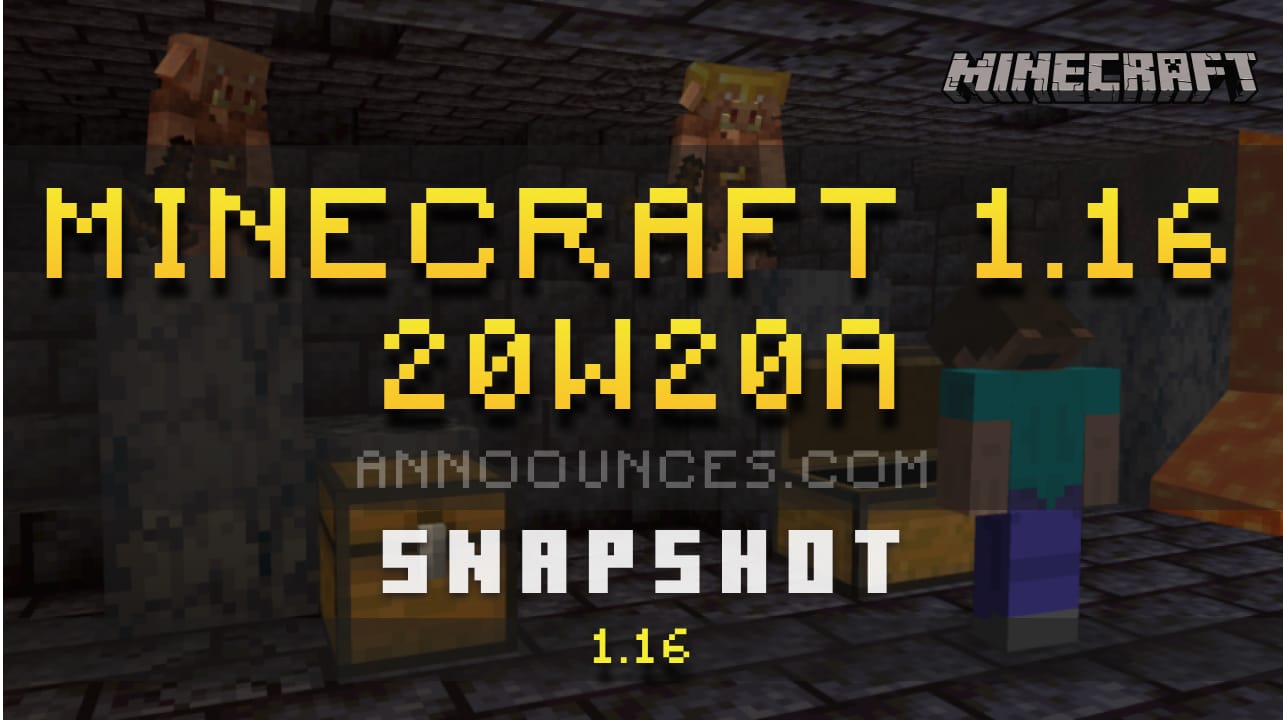 Today, the snapshot 20w20a of Minecraft version 1.16 is now available in your launcher. This one is about Progress, it adds new ones and modifies others.

Snapshots are available for Minecraft: Java Edition. To install the snapshot, open up the Minecraft Launcher and enable snapshots in the “Installations” tab.

Snapshots can corrupt your world, so please backup and/or run them in a different folder from your main worlds.